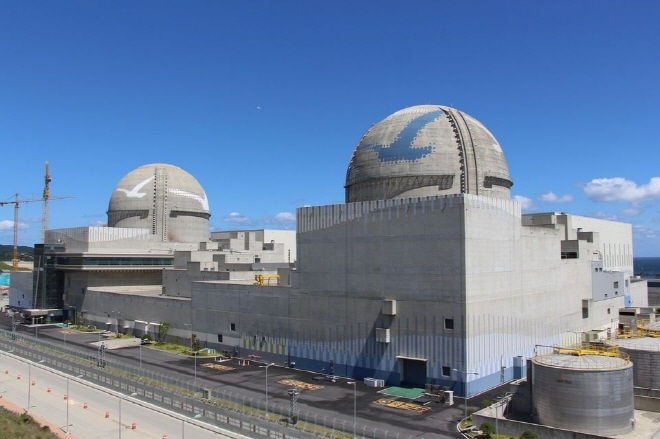 The 1.4 million kilowatt (kW) capacity reactor that went online last Wednesday is safer to operate and more economic to run, with a significant boost in output compared with existing units, according to the Korea Hydro & Nuclear Power Co. (KHNP).

The new reactor, located at the Hanul power plant in Ulju County, some 400 kilometers southeast of Seoul, will be able to generate 10.4 billion kilowatt hours (kWh) of electricity annually.

The Shin-Kori 4 reactor is the same model as the Advanced Power Reactor-1400 units being readied for operation in the United Arab Emirates, with an estimated design life cycle of 60 years that is 50 percent longer than those of other 1 million kW level reactors in use.

The subsidiary of the Korea Electric Power Corp. said that the reactor has undergone test runs since February of this year, with all systems functioning normally.

With the addition of the new reactor, Asia’s fourth-largest economy is presently operating 24 commercial reactors, generating about 30 percent of its electricity.

It is in the process of building four more reactors and has permanently halted operations of two units as the country moves to reduce its reliance on atomic power and switches to renewable sources of energy.

The Nuclear Safety and Security Commission, which is in charge of checking on all power plants, said it has approved the restart of the Hanbit 6 reactor that has been undergoing inspections since May.

The containment building of the reactor in Yeonggwang, 322 kilometers south of the capital city, underwent repairs.