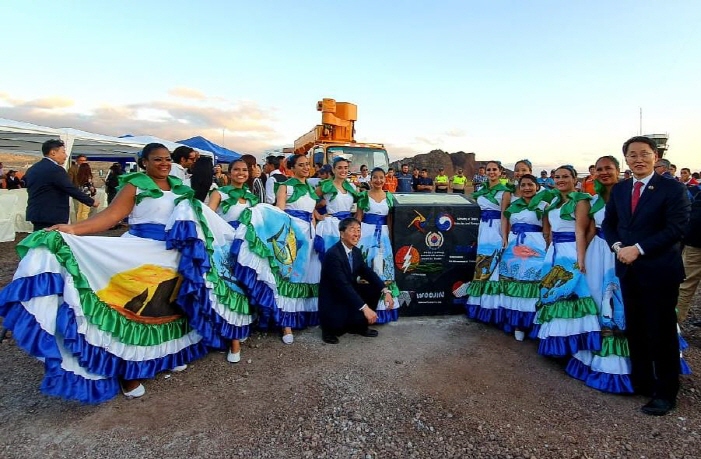 A ground-breaking ceremony was held on Ecuador’s San Cristobal Island last Thursday to build a “Microgrid System,” an Official Development Assistance project conducted by the South Korean Ministry of Trade, Industry and Energy.

Microgrids are independent power grids that can be self-sufficient in power in small areas like the island, and consist of renewable energy power generation facilities such as solar and wind power and energy storage.

As part of the project, which will cost US$5.8 million in total, the Korean government plans to build a microgrid system consisting of a 1-megawatt (MW) solar power plant and a 2.2 MW energy storage system on the site next to the San Cristobal Island airport by December 2020.

Once the project is completed, the utilization rate of renewable energy on San Cristobal Island will rise to 31 percent from the current 21 percent, the South Korean Embassy in Quito, Ecuador explained.

The Ecuadorian government is aiming for zero fossil fuels in the Galapagos system, and is hoping to achieve its target by 2025.