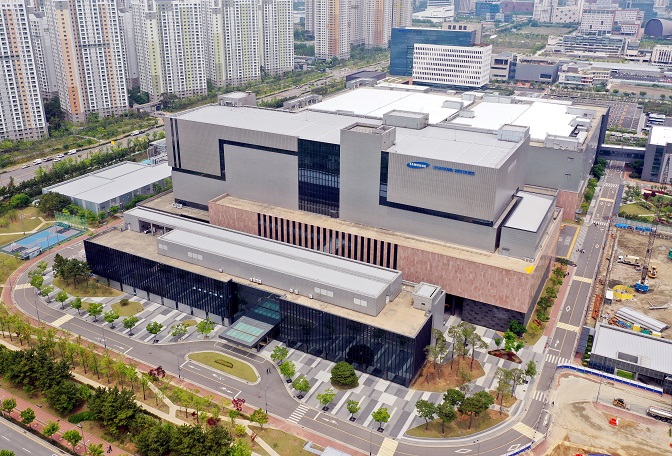 This file photo taken on May 23, 2021, shows a factory of Samsung BioLogics Co. in Incheon, 40 kilometers west of Seoul. (Yonhap)

Under an agreement valued at approximately US$380 million, Samsung Biologics will manufacture AZD7442 — AstraZeneca’s combination of two long-acting antibodies in development for the potential treatment of COVID-19 — at its plant in Songdo, Incheon, 40 kilometers west of Seoul.

The deal represents a hike from a long-term supply agreement valued at $331 million signed between the two firms in September.

The AZD7442 is the first antibody treatment against COVID-19 that has won an Emergency Use Authorization from the U.S. Food and Drug Administration. It has also won approval from drug authorities in other countries, including France and Italy.