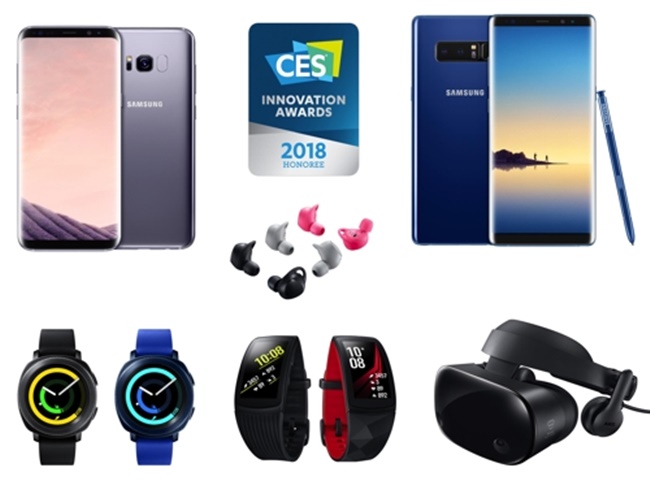 Samsung Electronics Co. said 36 of its products were named “Innovation Honorees,” including two “Best of Innovation” honors for its TV and refrigerator. The awards are granted by the Consumer Technology Association, which organizes the annual CES. The upcoming event is slated for January.

South Korea’s No. 1 tech giant said the winners include 12 mobile products, five chips, and seven home appliances. The Galaxy S8 and Galaxy Note 8 smartphones, and the Gear Fit2 Pro smartwatch were among the winners.

Samsung said it marked the seventh consecutive year for Samsung Electronics to win “Best of Innovation” for the TV segment.

LG Electronics Inc. said 18 of its products also won the innovation awards, including its organic light-emitting diode (OLED) TV which won the honor for the sixth consecutive year. The LG ProBeam TV, a projector, secured the “Best of Innovation” award from the organizer.

Products recognized covered refrigerators and washers, the company said. The LG V30 smartphone, which boasts high-end camera and audio features, was among the winners, it added.