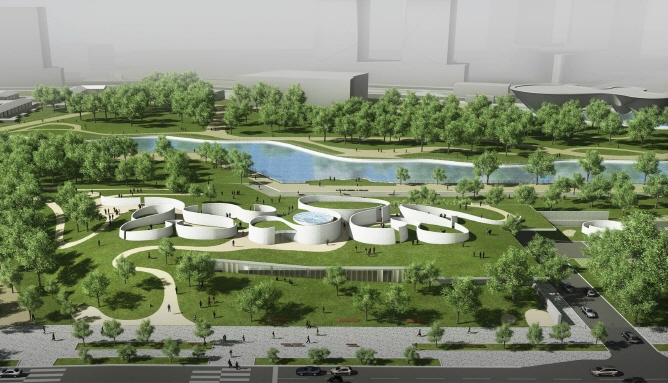 An aerial view of the planned National Museum of World Letters to be built in Incheon. (image: Incheon City Government)

INCHEON, Feb. 12 (Korea Bizwire) — South Korea plans to build a museum on the collection, display and study of world letters in the city of Incheon, west of Seoul, starting in July this year, the Incheon municipal government said Tuesday.

Completion of the National Museum of World Letters in the city’s international business district of Songdo, as planned by the culture, sports and tourism ministry, is scheduled for 2021.

The Incheon city government, which won a bid to host the museum in 2015, has received a permit from the Incheon Free Economic Zone Authority for the construction of the three-story structure — two stories will be above ground and one underground — on a site of 19,418 square meters.

The museum, when completed, will collect and exhibit tangible and intangible materials on world letters from ancient through modern times and provide researchers with a place to study written languages and carry out academic exchanges in the field.

It will also help the public experience the world’s cultural diversity through letters.