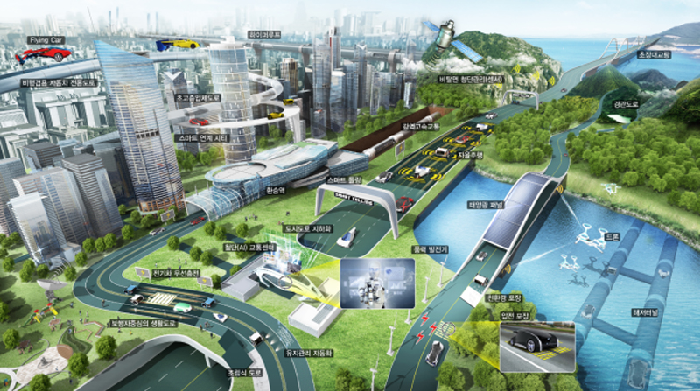 SEOUL, Aug. 30 (Korea Bizwire) – South Korea unveiled an ambitious plan Tuesday to build a network of smart expressways that will include new sections of road that charge electric vehicles as they go.

Under the envisioned plan, the government will also build an additional 1,000 kilometers of expressway, extending the total length in the country to 5,131 kilometers by 2020, according to the Ministry of Land, Infrastructure and Transport.

The new expressways will create what the ministry called a complete network of roads where nearly 96 percent of the country’s entire population can access an expressway within 30 minutes from their homes.

This will also make 78.2 percent of the country’s total area accessible by an expressway, up from the current 70.7 percent, the ministry said in a press release.

To help further lessen traffic, the government will develop a so-called smart tolling system that, unlike the existing Hi-pass system, does not require large tolling booths or a reduction of driving speed.

By 2018, all major rest areas on expressways will be equipped with electric vehicle charging stations, while the country will install the Cooperative Intelligent Transport System that is a prerequisite to the operation of self-driving cars on all expressways by 2020.

To this end, the government will spend 37 trillion won (US$33.1 billion) over the next five years, while also attracting an additional 35 trillion won in private investment.