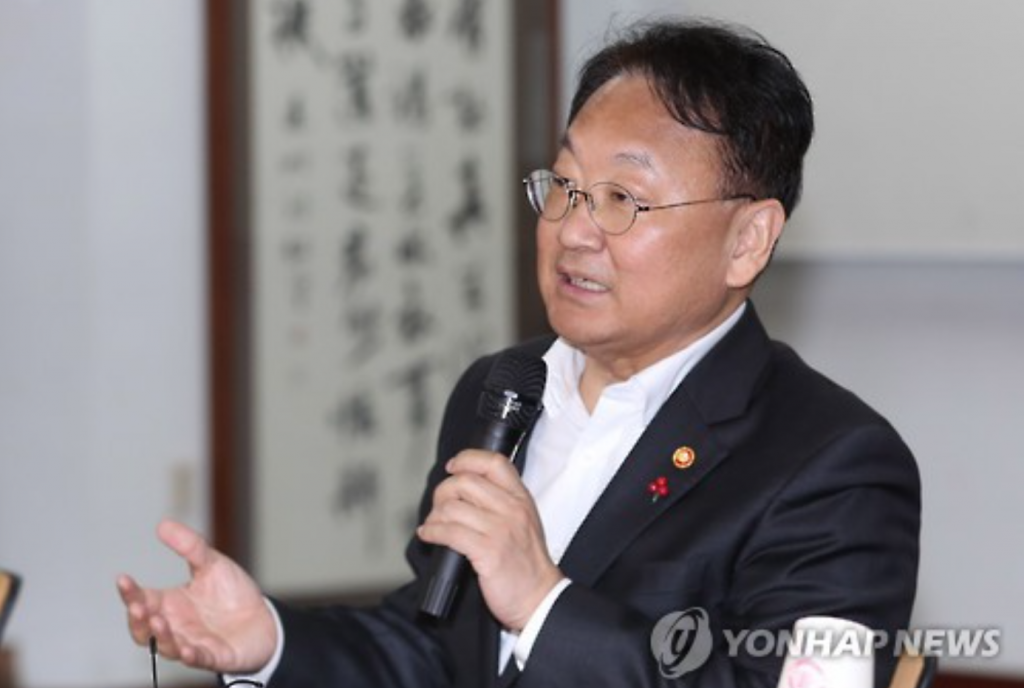 “South Korea has one of the world’s healthiest foreign exposure given the current account surplus and foreign exchange reserves,” Finance Minister Yoo Il-ho said in a luncheon meeting in Seoul with leaders of foreign chambers of commerce and companies doing business here. “We will overcome the impeachment situation wisely.” (image: Yonhap)

The recent political turbulence sparked by the impeachment of President Park Geun-hye is feared to weigh on the economy, which is experiencing a tepid recovery due to faltering exports and lukewarm domestic demand. Following the National Assembly’s vote to impeach Park last week, the Cabinet is being led by Prime Minister Hwang Kyo-ahn until the Constitutional Court determines Park’s fate, a process that could take up to 180 days.

The Seoul government has been making efforts to calm foreign investors who are worried that the leadership vacuum would trigger an economic crisis.

“South Korea has one of the world’s healthiest foreign exposure given the current account surplus and foreign exchange reserves,” Finance Minister Yoo Il-ho said in a luncheon meeting in Seoul with leaders of foreign chambers of commerce and companies doing business here. “We will overcome the impeachment situation wisely.”

The nation’s foreign exchange reserves reached US$371.99 billion last month, marking the world’s eighth-largest holdings, while the country posted a current account surplus for the 56th straight month in October.

Yoo said South Korea experienced the same challenge in 2004 when then President Roh Moo-hyun underwent a two-month hiatus before successfully overcoming the circumstances.

“We have managed to stabilize the financial and foreign exchange markets to tide over such difficulties,” said the top economic policymaker. “We’ve made an economic take-off after overcoming a risk.”

He also promised to maintain business-friendly policies to create a better environment for foreign investors, saying that foreign companies contributed a lot by taking up 18 percent of the country’s total exports and 6 percent of employment.

The country’s senior financial regulator had a separate meeting in Seoul with the CEOs of two dozen foreign financial firms here.

Jeong Eun-bo, vice chairman of the Financial Services Commission, stressed that the authorities are doing their best for financial stability and risk management.

He cited uncertainties involving the parliament’s vote to impeach President Park Geun-hye, the U.S. interest rate hike and the possibility of a U.S. policy shift under the incoming Donald Trump administration.

“The government will continue to collect advice from foreign financial services companies to improve their operation conditions and expand investment and review related measures,” he said.