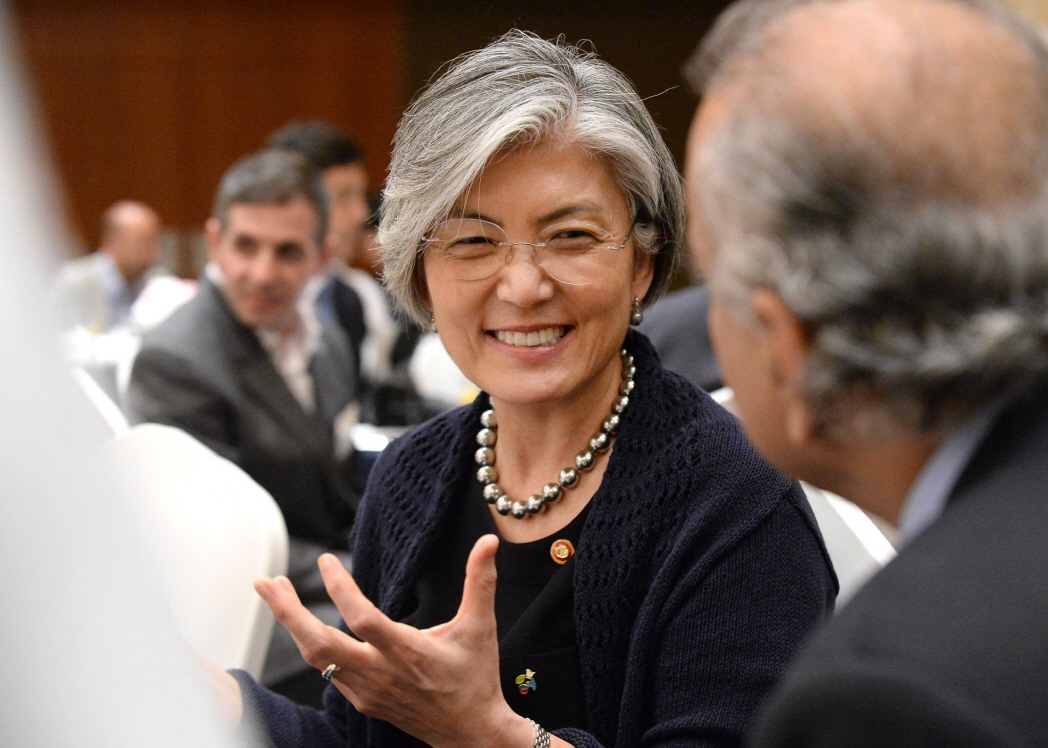 “Korea began afresh with the inauguration of a new administration last month. My new government wishes to expand the breadth and depth of its diplomatic relations across the globe,” Kang said in an Iftar meeting with Seoul-based ambassadors from Muslim countries. Iftar is the first evening meal Muslims have at the end of their daily fast during Ramadan. The Ministry of Foreign Affairs hosts the meeting annually.

“In this spirit, Korea looks forward to deepening and enriching its ties with the Islamic world through public diplomacy and people-to-people exchanges,” she said. “I feel assured Korea and the Islamic world would continue to forge a close bond of friendship in the years to come.”

She also referred to the long history between Korea and the Islamic world which dates back to the Koryo Dynasty (918-1392).

“Muslims fought shoulder-to-shoulder with us during the Korean War… and showed solidarity and benevolence” by establishing orphanages and making donations, she said. Korean companies’ business in the region had also been the driver of South Korea’s economic growth in the 1970s, according to her.

Today “Korea remains divided for more than seven decades to date. Nonetheless, commemorating Iftar today, I am hopeful that the spirit of the peace and toleration will befall my part of the world,” Kang said.

Amb. Mohamed Alharthy of Oman said in his speech on behalf of the Muslim community here, “we hope that Muslim communities in Korea of different sects and faiths always promote a positive branding of Islam as a religion of peace, mercy, forgiveness, tolerance, understanding and coexistence.”

“Today with the spread of violence… and negative image of Islam and Muslims, we are in need to spread the correct image of Islam … With these values we can only resolve our disputes, end wars, eliminate poverty and live together as a multicultural society in harmony,” he said.