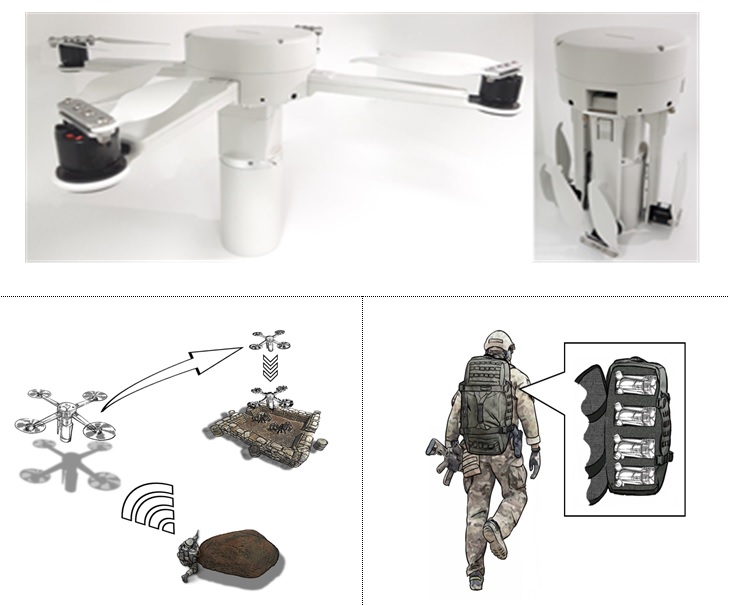 This combined image, provided by the arms procurement agency on Dec. 2, 2020, shows the suicide unmanned aerial vehicle to be deployed to the military on a trial run next year.

The Defense Acquisition Program Administration said it has signed contracts with companies to acquire three types of advanced attack drones — the suicide UAVs, drones that fire guns at ground targets and small-sized drones with surveillance and attack functions — which will be deployed on a trial run in the next three to six months.

The agency launched the rapid acquisition project in May to bring competitive items to the military in a swift manner to capitalize on innovative technologies for military purposes.

“The rapid acquisition project is aimed at applying the private sector’s fast-evolving new technologies to the military. It is expected to be an innovative model to improve defense capabilities down the road,” agency chief Wang Jung-hong said.