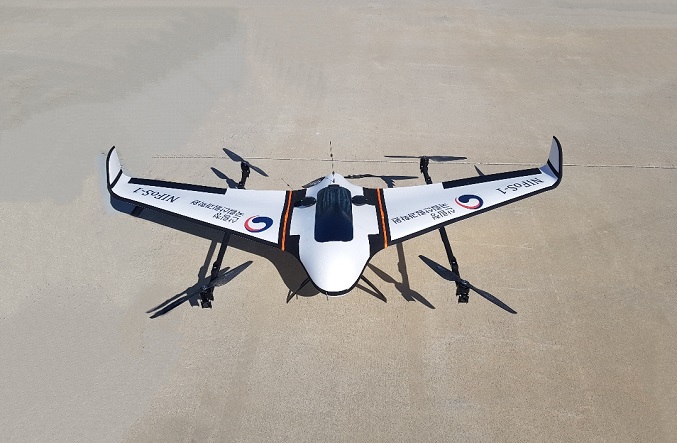 An unmanned drone, being developed to put out forest fires, is seen in this undated file photo provided by the Korea Forest Service.

SEOUL, July 29 (Korea Bizwire) — South Korea’s ICT ministry said Thursday it will expand the use of unmanned aerial vehicles in the public sector, from monitoring costal pollution to land surveying, in a move to foster development of the local drone industry.

The Ministry of Science and ICT has earmarked 41.3 billion won (US$35.8 million) to develop drone-related technology from 2019 to 2023, with a forest fire response system and a mail delivery service in the works.

The ministry said it has chosen three additional drone projects, setting aside 1.5 billion won for each project until June 2023.

Surveillance company Hancom inSpace has been chosen to develop an automatic drone system that targets to observe coastal pollution for over 20 minutes for a distance of up to 4 kilometers.

The ministry said it will also pursue a land surveying system, in which up to four drones can take images of a square kilometer of land for 20 minutes.

The country will also develop patrol drones to prevent crime and enhance security in remote areas. The project aims to develop a drone system that can automatically patrol a distance of up to 20 kilometers for 40 minutes.

South Korea has recently stepped up efforts to develop drone technology, committing 42 billion won by 2025 to develop a response system against illegal drones.