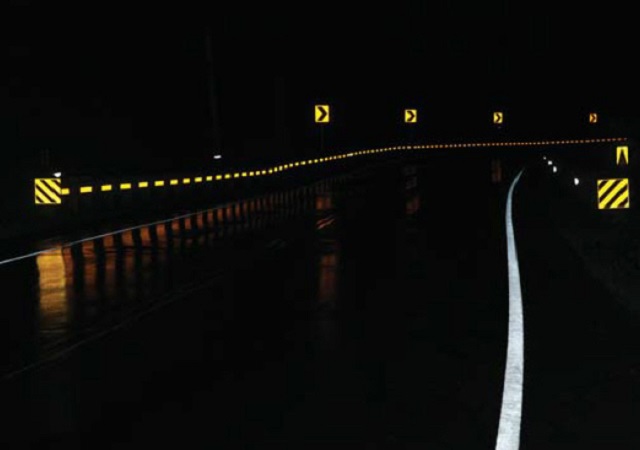 The government also intends to establish a digital management system as part of an initiative to overhaul roads with poor visibility conditions. (image: Ministry of Land, Infrastructure and Transport)

SEOUL, Sept. 28 (Korea Bizwire) — The government has announced that it will establish a traffic lane management system aimed at making lane markings easy to see even at night or on rainy days.

The Ministry of Land, Infrastructure and Transport announced on Sunday that it will carry out a complete enumeration survey to verify the brightness of lane markings on all of the nation’s highways and general roads by the end of this year, as part of efforts to reduce the risk of accidents that could arise from the corrosion or discoloration of lane markings.

The government also intends to establish a digital management system as part of an initiative to overhaul roads with poor visibility conditions.

To carry out the complete enumeration survey, the ministry will increase the number of moveable survey vehicles from 10 to 24.

Each road management office will manage the survey results in a digital database format.

The government expects such efforts to contribute to increasing the effectiveness of spending on repair and maintenance as well as improving road safety.

Moreover, the ministry plans to expand the trial construction of ‘rain-type lane markings’ that are easy to see on rainy days, for main arterial highways.

Under this plan, the ministry will construct rain-type lane markings such as high reflection glass beads and protruded lines for a total of 10 major highway lines, including the Central Inland Line and the Yeongdong Line, for a total distance of 109 kilometers.