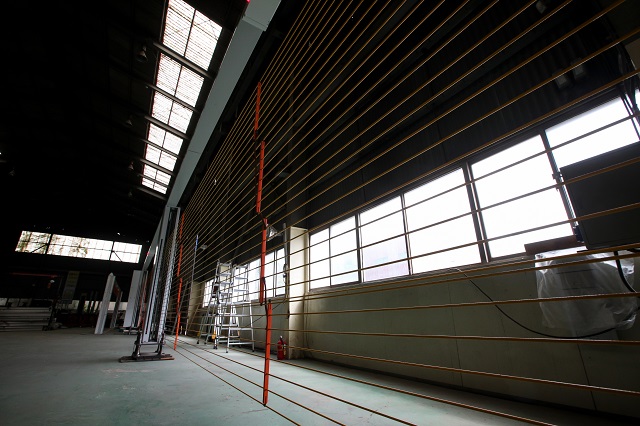 This photo, provided by the Korea Institute of Industrial Technology (KITECH), shows a screen door, jointly developed by KITECH and SKD Hitech.

The Korea Institute of Industrial Technology (KITECH) announced on Tuesday that it had signed a deal with Bulgaria’s Metropolitan, the municipality-owned company operating the underground railway system in Sofia, to export the shutter-type screen door technology that the KITECH developed in collaboration with SKD Hitech Co.

Under terms of the 11 million euro (US$12.9 million) deal, the KITECH will export the shutter-type rope screen door (RSD) technology.

Unlike side opening screen doors, the shutter-type RSD is a vertical screen door that opens upwards or downwards using steel ropes as barrier.

Commonly used in South Korea are the side opening screen doors that come in two types – full height and half height.

In European countries, including Bulgaria, however, it’s difficult to install full height screen doors since the locations of train doors and platform doors do not correspond.

After receiving a request from Metropolitan last year, SKD Hitech asked the KITECH to provide technical support and finally succeeded in developing the RSD that complies with Bulgaria’s requirements.