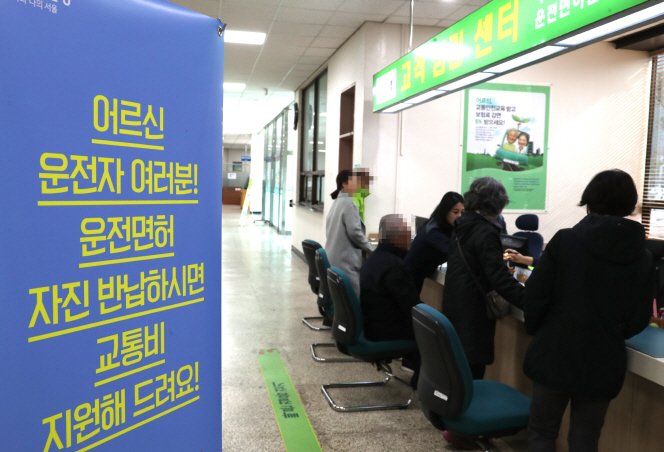 To this end, the National Police Agency plans to launch a research and development project for a virtual reality (VR)-based driving suitability evaluation method over the next three years, according to sources.

The government set aside 1.2 billion won (US$10 million) in its budget for next year to promote the project. The total cost of the program is expected to amount to 3.6 billion won over the next three years.

The number of accidents causing death per 10,000 driver’s license holders stood at 2.75 for those aged over 65, the highest among all age groups.

The number of seniors holding driver’s licenses is increasing faster than the speed of population aging, soaring by 300 percent from 1 million in 2008 to 3 million in 2018.