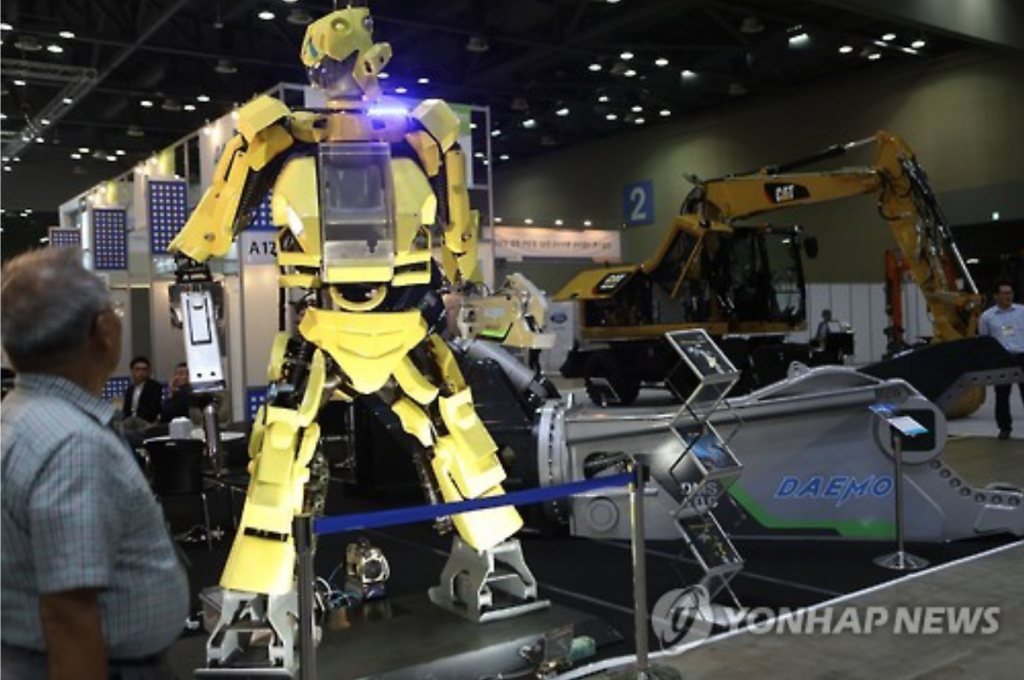 The South Korean government has recently focused on the potential of robot technology as a new growth engine as the global robot market expanded to $16.7 billion in 2014 from $9.6 billion in 2010. (image: Yonhap)

SEJONG, Oct. 11 (Korea Bizwire) – South Korea will spend a total of 500 billion won (US$450 million) in the coming five years to foster the robot industry as a new growth engine for Asia’s fourth-largest economy, the trade ministry here said Tuesday.

“The robot industry has emerged as a new technology frontier that will give a fresh boost to the manufacturing sector,” Trade Minister Joo Hyung-hwan said in a meeting with businessmen in Daejeon. “The government will fully support the businesses’ investment into research and development in a bid to help the industry grow as a new export leader.”

The public and private sectors will invest a combined 350 billion won in R&D to localize a few key fundamental technologies in the next five years, with more than 100 billion won to be poured in funding corporate R&D centers to launch up-to-date robots by 2020 and bringing up robot experts and researchers.

The South Korean government has recently focused on the potential of robot technology as a new growth engine as the global robot market expanded to $16.7 billion in 2014 from $9.6 billion in 2010.

South Korea has a market share of 4.7 percent in 2014, ranking fifth following China, the United States, Germany and Japan.

However, the trade ministry said vacuum robots accounted for most of the service robots that are used in the household, medical and agricultural sectors in the country.