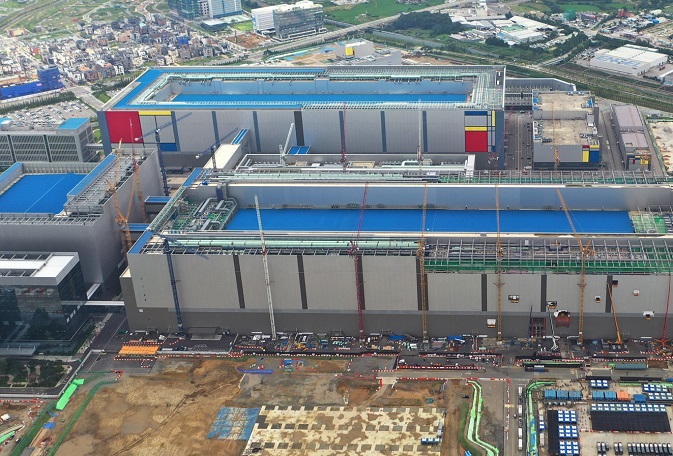 SEOUL, Sept. 15 (Korea Bizwire) — South Korea is expected to be the largest spender on chip fabrication facility equipment next year, a report showed Wednesday, amid its push to expand its semiconductor supply chain.

The country, home to memory giants Samsung Electronics Co. and SK hynix Inc., is estimated to invest US$30 billion in 2022, beating Taiwan with $26 billion and China with nearly $17 billion, according to the latest World Fab Forecast report from SEMI, a global industry association representing companies in the electronics design and manufacturing supply chain.

The global fab equipment spending is predicted to reach nearly $100 billion in 2022 to meet increasing demand for electronics after surpassing a projected $90 billion this year, both new records, SEMI said.

“The new fab equipment spending records will mark a rare three consecutive years of growth that began in 2020, bucking the historical cyclical trend of a one- or two-year expansion followed by a year or two of tepid growth or declines,” it said.

“The semiconductor industry last saw more than two consecutive years of growth in the mid-1990s.”

By sector, the foundry is expected to represent the bulk of fab equipment investments next year, with more than $44 billion in spending, followed by the memory industry with over $38 billion.

By product, DRAM and NAND were projected to see large increases in spending in 2022, with $17 billion and $21 billion, respectively.