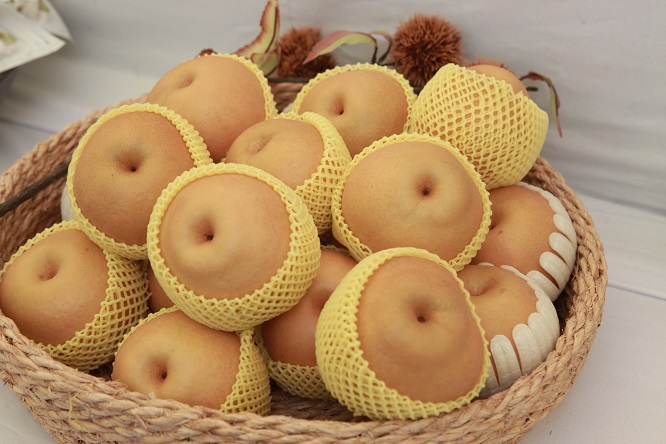 This undated file photo provided by the government of Naju shows pears harvested in the region, 355 kilometers south of Seoul.

SEOUL, Aug. 9 (Korea Bizwire) — South Korea’s agricultural ministry said Monday it has reached an agreement with Australia to maintain its exports of pears despite the outbreak of fire blight in the country.

The country has been shipping pears produced in four designated regions under the condition that the country verifies that farms in the area are free of fire blight infections.

The country reported a series of fire blight cases nationwide this year, including regions neighboring the designated farms.

Fire blight is a contagious plant disease that affects apples and pears. Leaves of infected trees become dry as if they were burned.

South Korea, which first shipped pears to Australia in 2004, was required to stop shipments of the fruit in early 2015 due to the outbreak of fire blight, which has the capability to destroy a whole orchard in a single growing season.

The country shipped US$460,000 worth of pears to Australia in 2020, down 32 percent from a year earlier, according to the data compiled by the Ministry of Agriculture, Food and Rural Affairs.