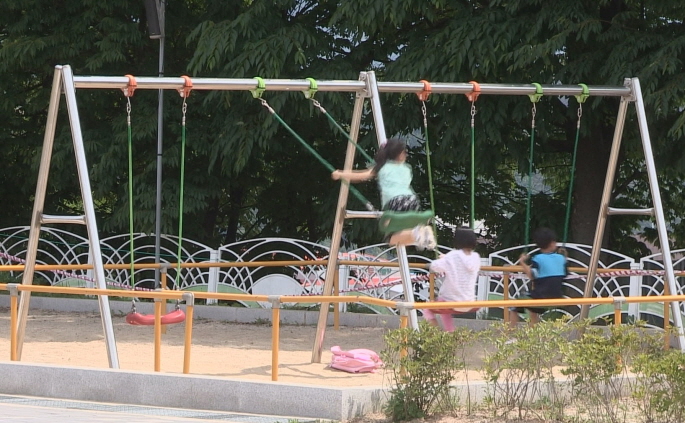 The government plans to create an environment at home and school, and in local communities where children can play with friends, neighbors, and family members. (Yonhap)

SEOUL, May 24 (Korea Bizwire) — The South Korean government has decided to foster a culture where children can play whenever they want, opening ways to develop a variety of programs at schools and in local communities.

The government announced on Thursday a list of major objectives to create a nation where ‘children can be happy,’ emphasizing the ‘right to play’ as a critical means to promote creativity and social skills among children.

Playing is an act of willing participation where children can have fun without the need for a purpose, a perfect platform to spend their energy.

It is known as one of the critical components of child development, but South Korea has been constantly criticized for the lack of such opportunity.

The government plans to create an environment at home and school, and in local communities where children can play with friends, neighbors, and family members.

The government will first implement innovative policies to create a “play friendly” environment in local communities for children.

Children will be able to share their own ideas, teenagers will submit proposals, and local women’s societies or other communities will approve and promote various events for children, giving opportunities for everyone to participate in creating a child-friendly environment. 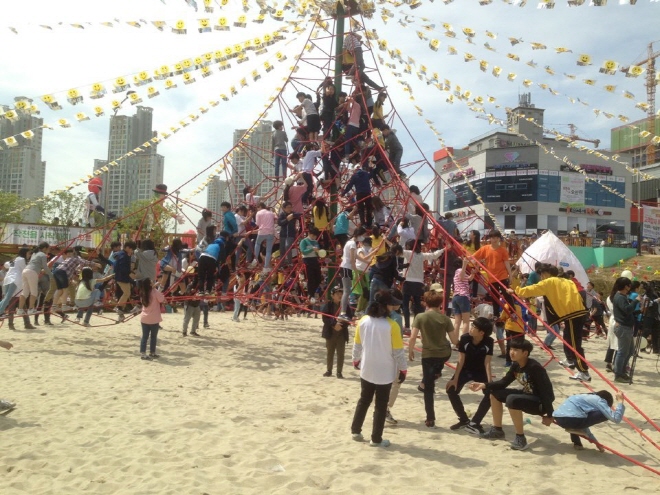 The most critical objective in this initiative is to create a space where children can play. Local communities will be able to learn from model cases where local authorities built a variety of entertainment facilities for children.

The ‘Miracle Playground’ run by Suncheon, South Jeolla Province is a classic example. The playground was built by everyone — children, playground experts, public servants, and residents.

Activity spaces for children and teenagers will also be expanded. They will be used as ‘free spaces’ where teenagers can come to rest and engage in club or other self-led activities.

Playtime will be included in school curriculum, and investment will be made to build necessary spaces and develop appropriate programs.

Kindergartens and daycare centers will also adjust their curriculum to be more ‘play-oriented’, and will allow children to play with their friends for at least one hour a day.

At schools, indoor slides will be installed in school corridors, and seats will be built along one side of the school field for spectators.

The government plans to invest 500 billion won (US$420 million) over the next 5 years to achieve the initiative.

“A lack of rest or play undermines children’s cognitive and emotional development,” said one source from the Ministry of Health and Welfare.

“Local communities and schools will serve as two major pillars to let children play and raise their creative potential.”