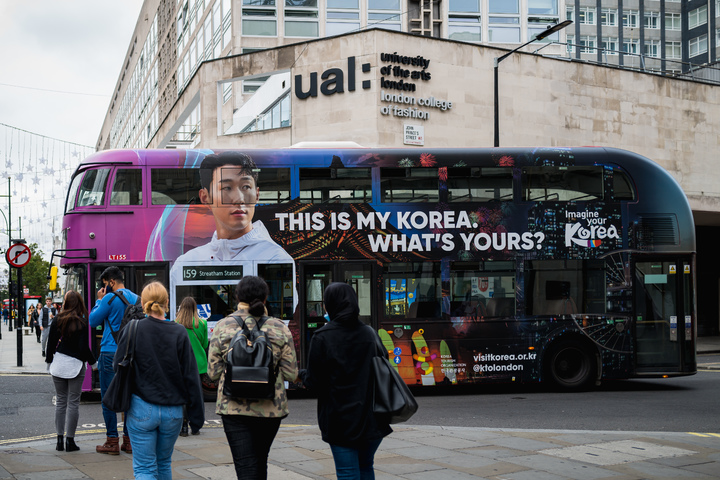 This image, provided by the culture ministry on Oct. 17, 2021, shows a British double-decker bus covered with a promotional image for South Korea as a tourist destination featuring football star Son Heung-min.

The 80-second video with Son of Tottenham Hotspur is aimed at allowing viewers to feel South Korea’s unique and attractive features so as to draw more overseas visitors to the country in the post-pandemic era.

The video will be available on Monday on social media channels run by the Korea Tourism Organization, the ministry said, adding that the government also put up a promotional advertisement featuring Son on double-decker buses in Britain.

Son has been the country’s honorary tourism ambassador since July.