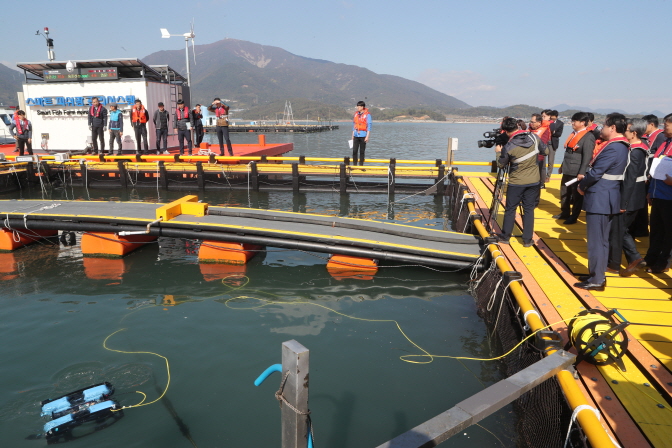 Under the project, South Korea will expand the scope of its underwater exploration for marine resources from its coasts to its exclusive economic zone.

South Korea — a nation surrounded by three seas — plans to expand a marine biobank in a move to nurture the bioindustry, according to the Ministry of Oceans and Fisheries.

One example is the development of a medical adhesive made from a mussel protein.

The move is part of South Korea’s broader efforts to develop its maritime and other relevant sectors into a market worth 11.3 trillion won (US$9.4 billion) by 2030, up from 3.3 trillion won in 2018.

South Korea is pushing to develop marine ecotourism by making the most of marine resources such as mudflats and a marine sanctuary.

The ministry also said the government will nurture industries related to eco-friendly vessels in a move to better deal with tightened regulations.

The International Maritime Organization has said the sulfur content limit for ships’ fuel oil will be lowered to 0.5 percent from the current 3.5 percent on Jan. 1 next year, prompting vessel owners to install sulfur-reducing equipment like scrubbers on their ships.

Sulphur oxides are known to be harmful to human health, causing respiratory symptoms and lung disease.

In the atmosphere, sulphur oxides can lead to acid rain, which can harm crops, forests and aquatic species, and contribute to the acidification of the oceans, according to the U.N. agency.

South Korea also plans to push for the development of autonomous ships, smart ports and smart maritime logistics in the latest move to boost the country’s shipping industry.

The ministry also said the government will select an additional site for aquafarming by the end of this year.

Two sites have already been selected for large-scale smart aquafarming clusters that use big data and artificial intelligence.

South Korea said it will increase the number of oceans-related startups with annual sales of 100 billion won or more to 20 by 2030 from five in 2022.