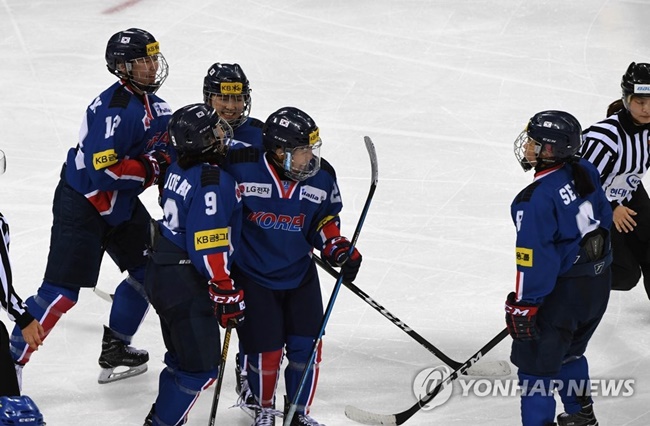 The Korea Ice Hockey Association said the women’s team will depart for the U.S. on Sunday for a three-week training period. Led by Canadian head coach Sarah Murray, the national team will face NCAA Division I teams to tune up their skills for the 2018 PyeongChang Winter Olympic Games.

Of the American teams, the Wisconsin Badgers and the Minnesota Golden Gophers are considered powerhouses in U.S. women’s collegiate ice hockey.

The Badgers won three straight Western Collegiate Hockey Association (WCHA) championships. The WCHA is regarded as the best women’s ice hockey conference, as teams there won every NCAA Women’s National Championship from 2001-13 until Clarkson University from the ECAC Hockey conference claimed the title in 2014.

The Golden Gophers are six-time NCAA tournament winners and they have only missed the final once — in 2014 — in the last five years. The Badgers, meanwhile, are four-time NCAA champions.

South Korea’s women’s ice hockey team is in Group B at the PyeongChang Olympics, along with Sweden, Switzerland and Japan. After completing their schedule in the U.S., the team will take a two-week break then return to training at the National Training Center in Seoul in mid-October.