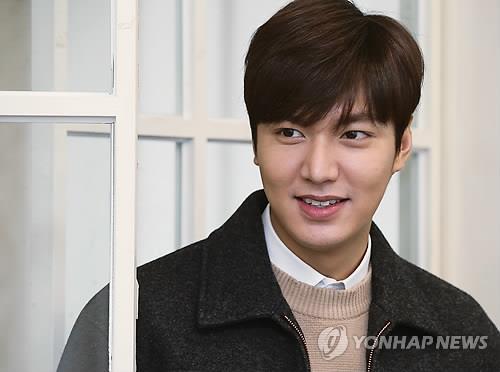 The star of the popular Korean TV show “Boys over Flowers” will sing 12 tracks of his albums during the concert titled “Lee Min-ho Live in Hong Kong 2015″ on March 21, StarHouse Entertainment said.

“He came to have his first-ever concert in Hong Kong at the request from his fans,” the agency said.

Reservations of the tickets to the concert will become available to members of Lee’s official website for global fans at minozworld.com from a date to be released later, it said.

Lee shot to Asiawide stardom for his leading role in the South Korean soap series “Boys Over Flowers” in 2009. He is also famed for his leading roles in such dramas as “City Hunter” (2011) and “The Heirs” (2013). Most recently, he starred in the local film, “Gangnam Blues,” his first leading role on the big screen.