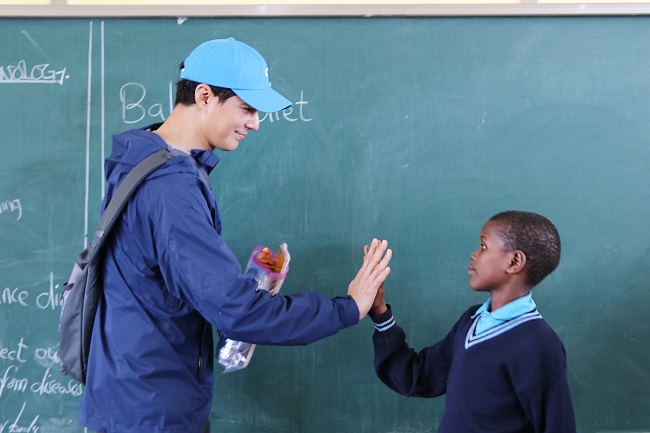 This photo, provided by the Miral Welfare Foundation, shows South Korean actor Zo In-sung (L) high-fiving a student at the Singida New Vision School, which he helped build in Tanzania.

The money was used to build the Singida New Vision School in central Tanzania in 2018, the Miral Welfare Foundation belatedly revealed in celebration of the actor’s birthday, which falls on the day.

Singida is reportedly one of the most underprivileged regions in the African country, where most of the children are pushed into labor due to a lack of social infrastructure and educational facilities.

But thanks to the 40-year-old actor’s contribution, 351 students are now learning at three kindergarten classes and five elementary school classes, according to the Seoul-based foundation. 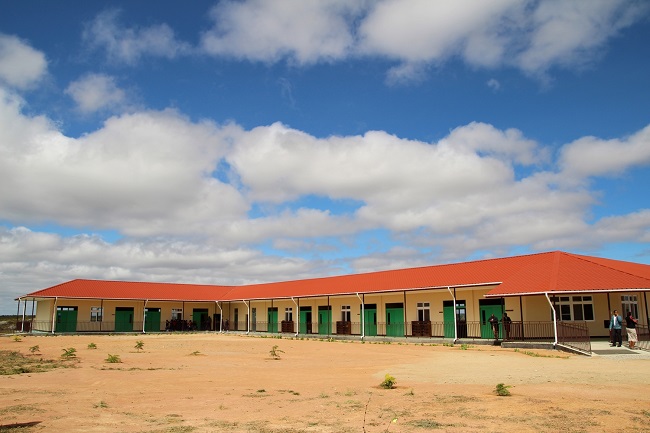 This photo, provided by the Miral Welfare Foundation, shows the Singida New Vision School it built in Tanzania in 2018.

In 2019, the popular South Korean actor visited the school in person and planted a Terminalia tree in the playground with the students.

“Terminalia is a tree that grows sideways and provides a lot of shade. I hope (this tree) will become a cool and comfortable place of rest to kids,” he was cited as saying.

“Children who had been going to work instead of school have returned to where they are supposed to be and are dreaming of their own shiny futures,” the foundation said, delivering its gratitude to Zo.