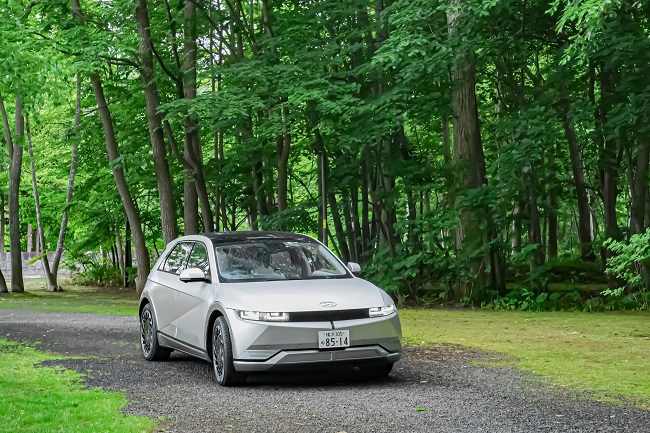 SEOUL, Aug. 12 (Korea Bizwire) — A major association for South Korea’s car industry has sent a letter to the U.S. House of Representatives and requested changes in tax incentives proposed under a major climate change and energy bill, stressing that they could put Korean carmakers on an unequal footing.

The Korea Automobile Manufacturers Association (KAMA) said that it delivered the concerns regarding the tax breaks in the Inflation Reduction Act, pending the House’s approval, in the letter sent to U.S. House Speaker Nancy Pelosi on Wednesday.

The US$430 billion bill, approved by the Senate on Sunday (U.S. time), calls for expanding tax subsidies for EV buyers, but only for EVs assembled in North America.

The bill also has provisions intended to bar EVs from receiving the benefits if they are equipped with batteries or battery components made using minerals produced in China.

“KAMA respectfully requests to include imports of electric vehicles using batteries and battery components manufactured or assembled in Korea in the scope of EVs eligible for the U.S. tax credits under the bill,” it said. 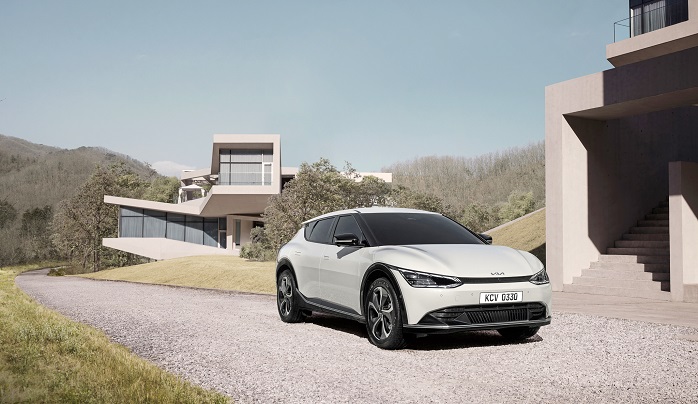 This file photo provided by Kia shows the front side of the EV6 all-electric model.

Major South Korean automakers, including Hyundai Motor Co. and Kia Corp., have voiced concerns over the act, as they make their flagship EVs, such as the IONIQ 5 and EV6, at domestic plants and ship them out overseas.

Other EV models like the KONA EV and the premium GV60 are also manufactured here in South Korea.

It could deal a serious blow to Hyundai Motor and Kia at a time when their flagship EV models have increasingly been gaining traction in the U.S. as well as European markets in recent years.

The two South Korean automakers are currently building an EV plant in Georgia, but it needs another three years before its construction is completed.

On Thursday, South Korea’s industry ministry said it has expressed concerns to the U.S. about the potentially discriminatory nature of the tax breaks and highlighted the fact that it could potentially violate the World Trade Organization rules and the bilateral free trade agreement between the two countries.

The ministry said it has asked the U.S. authorities to ease the requirements for the battery components and vehicle assembly.

The government had a meeting on Thursday with officials from Hyundai and South Korean battery makers, including LG Energy Solution, Samsung SDI and SK On, to discuss the bill and efforts to deal with the matter.

The bill is widely expected to be passed by the House on Friday.