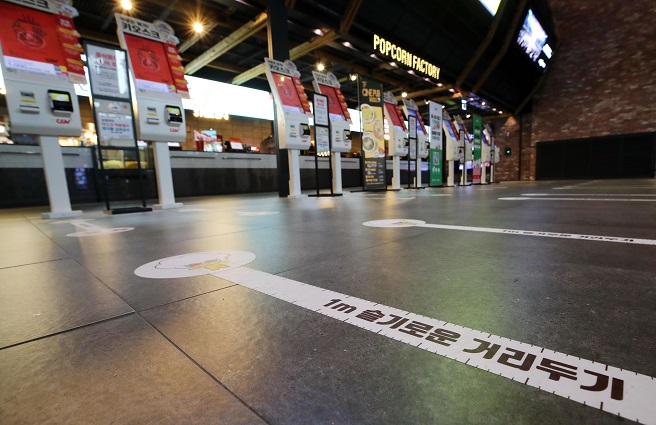 A total of 3.59 million people went to theaters last month, down 80.7 percent from 18.6 million tallied a year ago, according to the monthly data by the Korean Film Council (KOFIC).

From a month earlier, the November tally fell 22.4 percent from 4.63 million.

The sharp decrease came as South Korea tightened social distancing to curb a resurgence in the daily COVID-19 cases in mid-November.

The caper movie “Collectors” was the biggest hit in November, attracting 1.38 million attendees, followed by the comedy “Samjin Company English Class” and the drama “The Day I Died: Unclosed Case.”

For the January-November period, the cumulative number of the film audience tumbled 71.6 percent on-year to 58.08 million, with the revenue totaling 498 billion won.