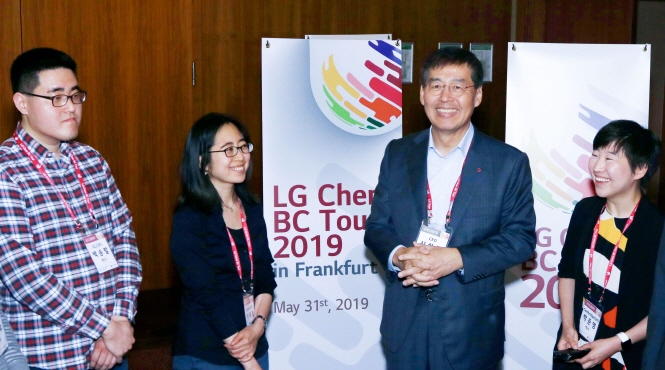 SEOUL, Sept. 9 (Korea Bizwire) — Companies that are reducing the number of new hires they make this year are competing fiercely to recruit top-notch talent.

Having the CEO participate in the recruitment process is becoming more common, and the introduction of artificial intelligence (AI) in the hiring process is also becoming popular.

LG Chem CEO Shin Hak-cheol explained the company’s current status and its future at a talent recruitment event held in New York on Saturday, and encouraged the brightest jobseekers to apply for positions at LG.

“The more uncertainty in the economic and business environment increases, the most important thing is human resources,” a source from business circles said.

“The heads of major conglomerates are putting an all-out emphasis on nurturing future talent to the CEOs of their subsidiaries.”

Furthermore, AI has emerged as a major topic in hiring in the second half of this year, drawing much attention. KT, Lotte Group and LG Group have introduced AI to the recruitment process.

YouTube is the most popular channel for company promotion.

Almost all major companies post fun-filled corporate promotional videos on YouTube, which is widely used by those in their 20s, the main job seekers’ age group.

“While the atmosphere is heavy and strict at job fairs, not to mention the time and space restrictions where many companies participate all at once, YouTube is actually more effective in promoting the company from the perspective of people in their 20s,” a company official said.