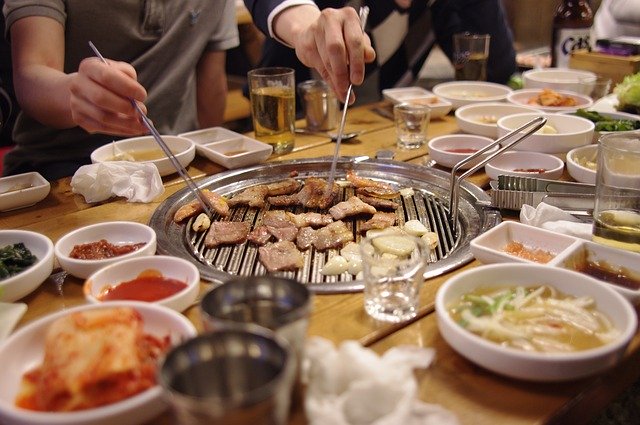 In South Korea, Korean barbeque places are some of the most sought-after destinations for end-of-year gatherings since they can accommodate a large number of people and offer food with alcoholic drinks. (image: Pixabay)

SEOUL, Dec. 10 (Korea Bizwire) — Vegetarians in South Korea face a dilemma each winter when they are asked to come to end-of-year gatherings since most of them are held at Korean barbeque restaurants.

They argue that they are left with no choice but to join the barbeque parties as there are too many end-of-year gatherings that they need to go to.

The Korea Vegetarian Union, a South Korean community of vegetarians, reported that there are approximately 1.5 to 2 million vegetarians in South Korea.

For them, it is not easy to let their colleagues know that they are vegetarians, and ask for a vegetarian menu at gatherings.

They constantly have to face the stereotypes that vegetarians are “less sociable” and “fussy people”.

Lee Won-bok, head of the Korea Association for Animal Protection with 30 years of experience as a vegetarian, said that South Korean society “forces vegetarians to keep a low profile since social culture focuses on the group and the whole, rather than the preferences of individuals.”

“It is a fundamental right to eat whatever we want to eat, and it is a human rights violation and even a form of violence to force someone to eat without respecting their preference.”

In South Korea, Korean barbeque places are some of the most sought-after destinations for end-of-year gatherings since they can accommodate a large number of people and offer food with alcoholic drinks.

There are, however, alternatives. Vegan restaurants are increasing in number throughout South Korea, and many other restaurants also offer various dishes for vegetarians.

“The problem is that it has become a social habit to go to Korean barbeque restaurants for gatherings,” said one office worker on a vegetarian diet.

“If we make a little more effort, we’d be able to find a great restaurant where all of us can enjoy our meal.”