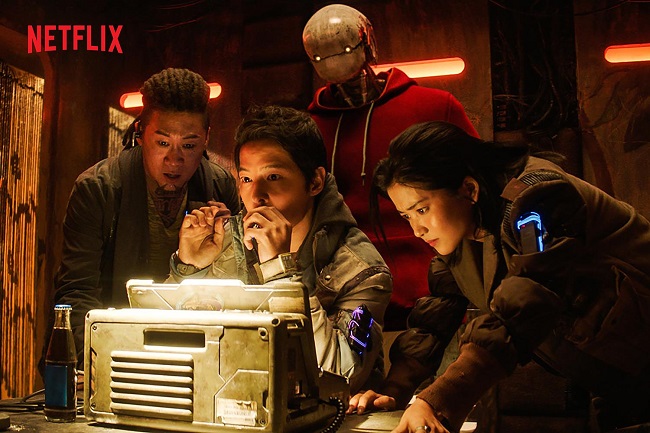 This image provided by Netflix shows a scene from “Space Sweepers.”

SEOUL, June 22 (Korea Bizwire) — South Korea’s talented content creators are getting a love call from overseas as Korean-made content including dramas are enjoying rising popularity worldwide through global media giants such as Netflix.

In particular, professionals with specialty in creation and post-production such as entertainment design, color correction and visual effects (VFX) are drawing ever-rising attention from overseas.

As the genre of Korean content widens to include creatures, fantasy and costume dramas, the role of color correction that sets the mood for dramas is becoming more crucial.

VFX firms are expanding the scope of their business from the post-production stage of video content such as movies and dramas towards games.

In May, Dexter Studios, which was responsible for the main VFX for the South Korean space opera “Space Sweepers,” signed a 3.3 billion won (US$2.91 million) deal with online gaming giant NCSOFT Corp. to produce new video content.