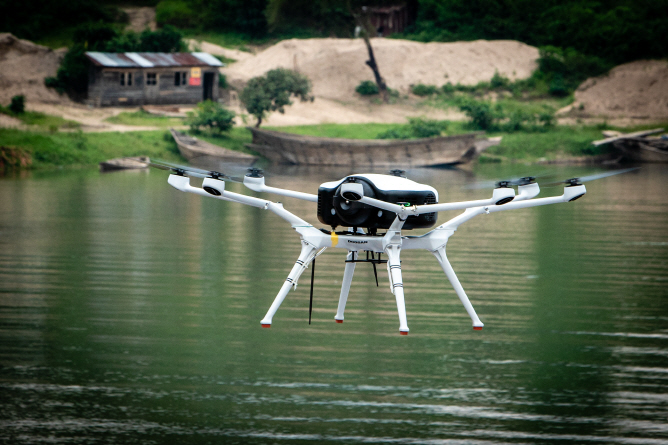 African countries are making use of drones to deliver emergency relief goods such as blood and medicine as roads and transportation facilities sometimes limit accessibility to remote communities. (image: Doosan Mobility Innovation)

The Ministry of Land, Infrastructure and Transport said Tuesday it formed a joint civilian-government delegation with 10 local drone companies to participate in the African Drone Forum (ADF) held in Kigali, Rwanda, from February 5 to 7, generating US$34 million in export consultations.

The ADF participation came as the World Bank, which organized the event, invited South Korea to actively promote the drone industry.

African countries are making use of drones to deliver emergency relief goods such as blood and medicine as roads and transportation facilities sometimes limit accessibility to remote communities.

During the event, along with Rwandan President Paul Kagame’s welcome speech and minister-level officials asking for a special meeting with our delegation, the Rwandan government showed much interest in South Korean drones, according to the Ministry of Land, Infrastructure and Transport.

At the ADF, South Korea operated a special government exhibition and 10 exhibition halls for Korean drone manufacturers, supporting consultations with buyers from 20 countries from Africa, Europe and the Middle East.