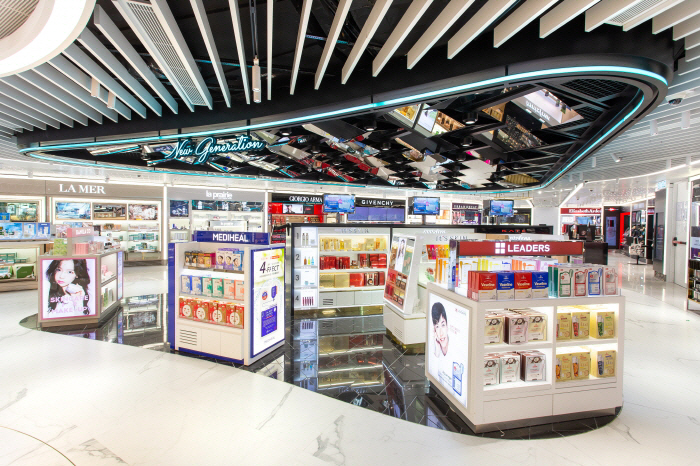 SEOUL, Jun. 24 (Korea Bizwire) — After years of struggle in the face of a decline in Chinese tourists and increased competition, South Korea’s duty-free operators are in search of a more stable and sustainable business portfolio — to reduce their reliance on Chinese visitors and generate decent profits.

The country’s duty-free business has raked in huge revenues on the back of soaring tourists, mostly from China.

But a diplomatic row between Seoul and Beijing over a missile defense system in 2017 and regulatory changes vividly underscored the need for leading duty-free operators — Lotte Duty Free and Shilla Duty Free — to accelerate their overseas push.

Sales at local duty-free stores continued to show solid growth in the past few years, reaching their highest-ever of US$17.23 billion in 2018, with an annual growth of 23 percent over the past two years, according to data from the Korea Duty Free Shops Association.

The spectacular result comes even when the number of Chinese package tour travelers to South Korea continued to drop after the travel ban imposed by Beijing in 2017 in protest against Seoul’s hosting of a U.S. missile defense system, known as THAAD.

The number of Chinese who arrived in South Korea peaked at 8.07 million in 2016 but shrank to 4.16 million a year later, according to the state-run Korea Tourism Organization (KTO).

The number, however, rebounded last year rising 14.9 percent to 4.78 million, accounting for 31.2 percent of 15.34 million foreign visitors to the country, which marks a 14.9 percentage-point rise from the previous year.

Market watchers said the robust growth in their sales was mostly attributable to Chinese vendors or individual Chinese merchants who buy their duty-free purchases, such as cosmetic products, in large quantities and sell them back at their home.

But commissions doled out to the sellers, who also work with travel agents to bring in big-spending tour package groups, have been excessive, eating into duty-free operators’ bottom lines.

The local duty-free market’s dependence on foreign tourists continued to increase with sales from foreigners accounting for 83 percent of the total market in 2018, according to separate data. The figure for downtown duty-free outlets is even higher at 90 percent.

“It is difficult to just paint a rosy picture for duty-free operators given excessive marketing costs, such as commission fees that are needed to maintain a certain level of Chinese customers,” said Cha Jae-heon, an analyst at DB Financial Investment Co.

Competition to bring in individual merchants and group travelers may intensify as more duty-free outlets are set to open in Seoul and other parts of the country later this year.

The number of downtown duty-free outlets in Seoul more than doubled from six in 2015 to 13 in 2018. Earlier this month, the government said it will also issue five additional licenses to local retail conglomerates. 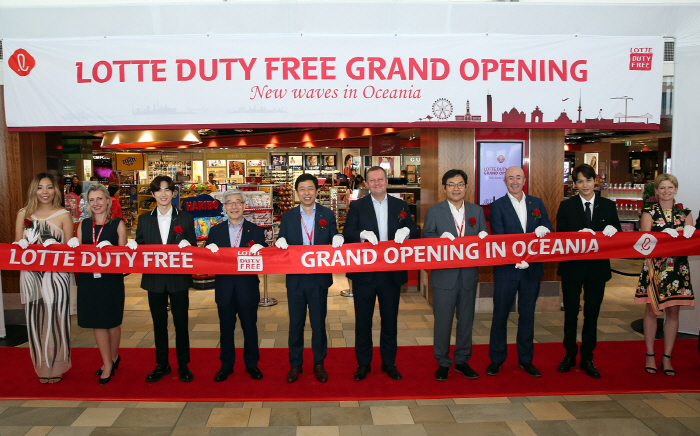 Against this backdrop, No .1 player Lotte Duty Free, the travel retail division under Lotte Hotel Co., has been actively tapping into overseas markets by opening the first outpost in Jakarta, Indonesia, in 2013.

Lotte Duty Free now operates 12 outlets in seven countries, including South Korea, and is set to increase the number to 22 in eight countries, including a new store in downtown Danang, Vietnam, and another at Hanoi International Airport that are set to open in the latter half of the year.

The duty-free operator said it expects to surely meet its annual overseas sales target of 700 billion won (US$596 million) this year on the back of robust performances at its overseas operations, most noticeably in Vietnam.

Lotte Duty Free aims to reap 1 trillion won in annual revenue from its offshore business in 2020 and plans to tap into new lucrative markets, such as Japan.

“What sets Lotte Duty Free apart is that industry rivals are mostly focused on airport duty-free businesses, while we aim to dominate the market where there are no downtown duty-free stores,” said Park Sang-seob, a Lotte Duty Free company official.

The company also opened stores in Australia and New Zealand in March becoming the first South Korean duty-free operator to make inroads into the Oceania region.

The company signed an agreement with Melbourne-based JR Duty Free to run four retail outlets in Australia and one in New Zealand.

The company already achieved annual sales of over 1 trillion won in its offshore business last year, accounting for over 20 percent of the total revenue. The figure is also more than a twofold jump from 500 billion won in 2016.

Its offshore business also climbed into the black in the first quarter of the year for the first time, partly on the back of stellar performance in major gateways of Asian countries.

“We are highly focused on our overseas push so that our sales are less affected even when there are fewer travelers from China.”

The company said it will continue to bolster its duty-free business to make it the third-largest player around the globe by 2022, trailing Swiss-based travel retailer Dufry AG and France-based Lagardere Travel Retail.