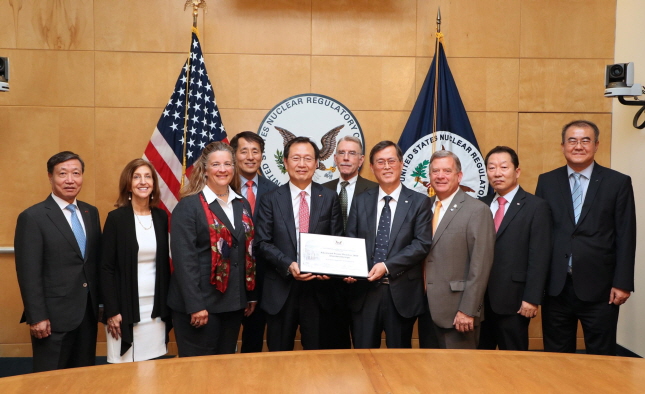 SEOUL, Aug. 27 (Korea Bizwire) — A South Korean-made light water reactor has earned a design certification from the United States, a state-run nuclear power operator said Tuesday, paving the way for the country to export its next-generation nuclear power reactor to one of the world’s major nuclear power plant markets.

The latest achievement means that power generators can build and operate the APR1400 in the United States.

Those who want to use the APR1400 will be exempted from a standard design approval review, allowing them to save costs and time in the construction process, according to the utility firm.

KNHP said the U.S. design certification for the APR1400 is valid for 15 years and can be extended for another 15 years.

The APR1400 is a next-generation nuclear power reactor that is also an upgrade model of the OPR1000. It was developed through a government-led project from 1992 to 2001 after investing 230 billion won (US$189 million).