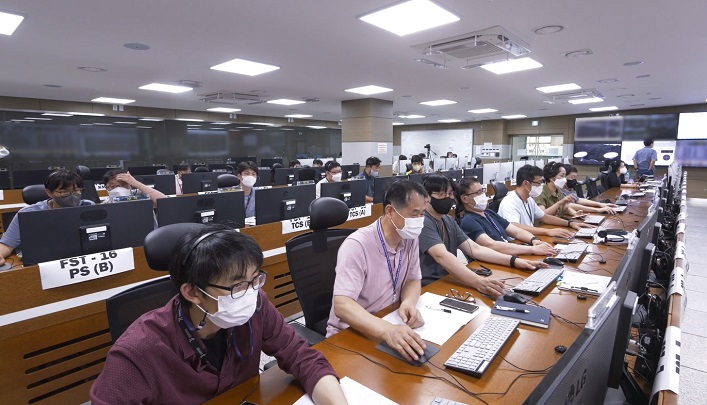 The orbiter is currently on its way to the moon on a ballistic lunar transfer trajectory — which takes the vehicle toward the sun before looping back to arrive at the moon’s orbit in December.

The route, while much longer than traveling directly toward the moon, is more fuel efficient as it uses the sun’s gravity for travel.

The state-run Korea Aerospace Research Institute (KARI) said it conducted the TCM at around 5 p.m. on Friday, in which Danuri’s direction, position and speed were readjusted to head back toward the moon.

KARI said it confirmed the TCM’s success at around 6 p.m. Saturday. The maneuver was carried out at Lagrange Point 1, where the gravitational pulls of the sun and Earth are at equilibrium.

The institute added it decided not to conduct a follow-up TCM that was initially planned for Sept. 16, as it was determined unnecessary based on Danuri’s current travel status.

Danuri will measure terrains, magnetic strengths, gamma rays and other traits of the lunar surface using six onboard instruments during its yearlong mission starting in January.