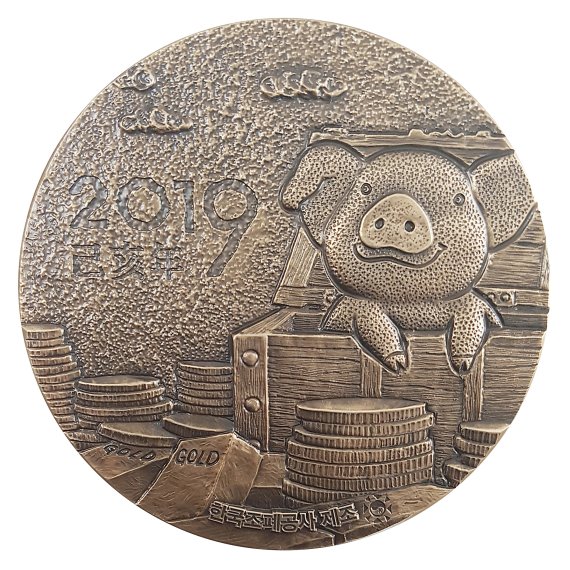 SEOUL, May 8 (Korea Bizwire) — The Korea Minting, Security Printing & ID Card Operating Corp. (KOMSCO) announced on Tuesday that it had released a medallion of a pig to celebrate the year 2019, which is also the year of the pig according to the Chinese lunar calendar.

The front side shows two piglets playing on a field, and the rear displays a piglet carrying a treasure box.

Only 150 medallions have been produced this year to raise collection value. 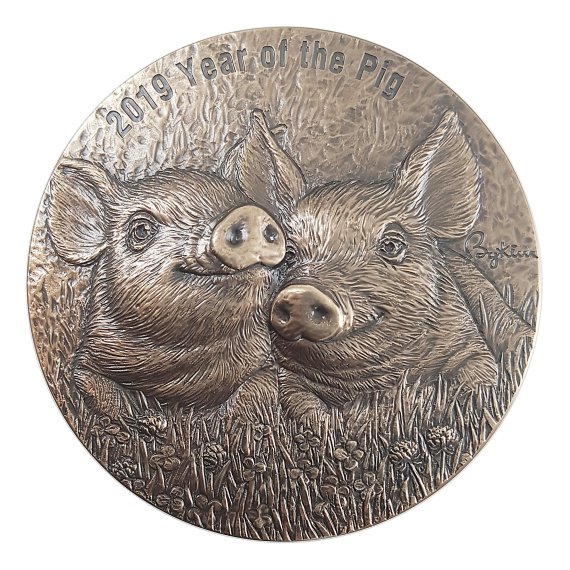 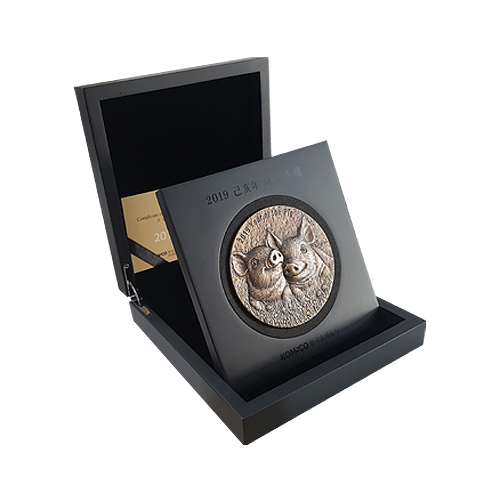