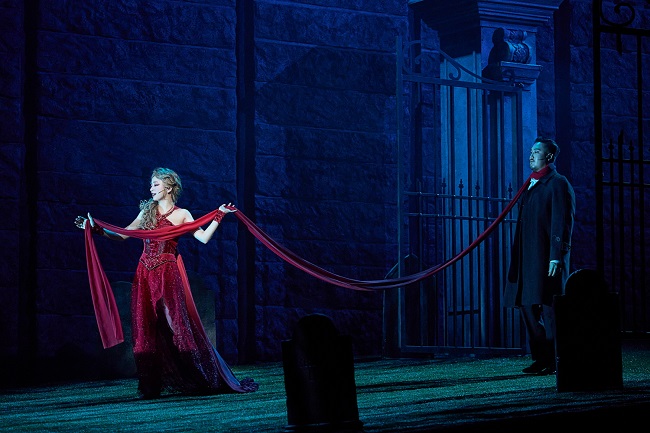 SEOUL, July 2 (Korea Bizwire) — The South Korean performing arts scene posted a 19 percent on-year rise in its revenue for the first half, showing clear signs of a recovery from the yearlong pandemic, data showed Friday.

The combined revenue of theatrical plays, musicals, classical concerts and other performances reached 116.9 billion won (US$103.1 million) in the first six months of this year, according to the data by the Korea Performing Arts Box Office Information System (KOPIS).

It marked a 19 percent increase from 98 billion won tallied over the same period last year.

Stage musicals led the upside trend, as the sector produced 91.2 billion won in sales over the six-month period, accounting for 78 percent of the total.

Theatrical plays contributed to 10 percent, or 11.7 billion won, of the total revenue, followed by classical concerts with 10.7 billion won.

The increase came as the South Korean health authorities relaxed preventive guidelines at concert halls and theaters in February, along with the state-led vaccination program, which started in the same month.

As auditoriums and theaters can be filled at up to 70 percent capacity, organizers started to resume operations of halted shows and stage new big-budget productions in the first half.

“Dracula, the Musical,” “Chicago” and “Phantom” were three musicals that were hits in the first half.

Experts expected the local performing arts industry will almost return to normal in the latter half of the year as big-name musicals like “Marie Antoinette,” “Beetlejuice” and “Hadestown” will attract people back to theaters.

“Musical productions launch new shows as they are confident of success,” said Park Byung-sung, an art columnist. “If the virus situation eased and the crowd capacity rises to 100 percent, the performing arts scene will recover at a rapid pace.”