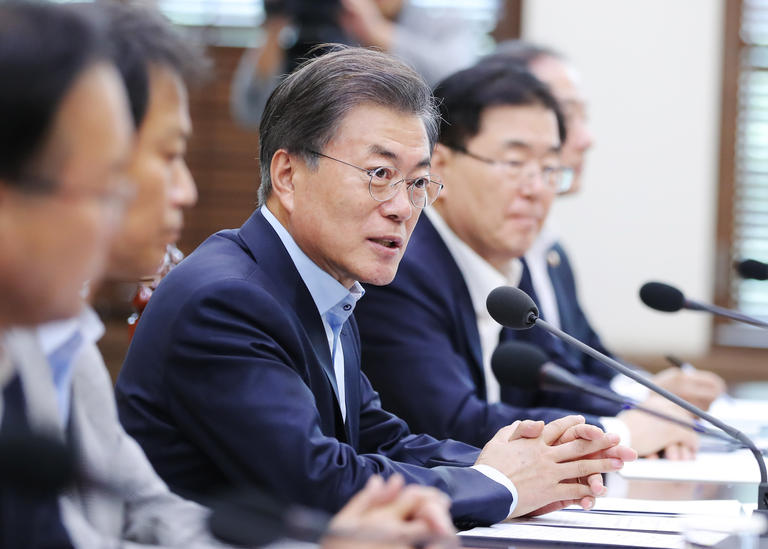 Moon was among dozens of global figures who, according to the prestigious magazine, “together found amazing ways not just to rethink our strange new world but also to reshape it.”

The list included politicians such as French President Emmanuel Macron, entrepreneurs, filmmakers, comedians and political prisoners, according to the magazine.

The South Korean leader was praised for his efforts to rebuild a decent democratic leadership in a country scarred by unprecedented corruption scandals involving its former leader, Park Geun-hye.

“But Moon’s handling of North Korea is what has put him in the spotlight,” the magazine said, apparently referring to his efforts to peacefully end North Korea’s nuclear and missile provocations.

“And even though no easy solution is in sight, his forceful push for peace has offered a welcome alternative to the saber rattling in Pyongyang and Washington,” it said.

North Korea has conducted 11 missile tests since Moon took office in May, with its latest missile provocation taking place last week. The missile test also marked a resumption of provocations after a 75-day hiatus that began shortly after the North’s sixth and most powerful nuclear test so far, staged Sept. 3.