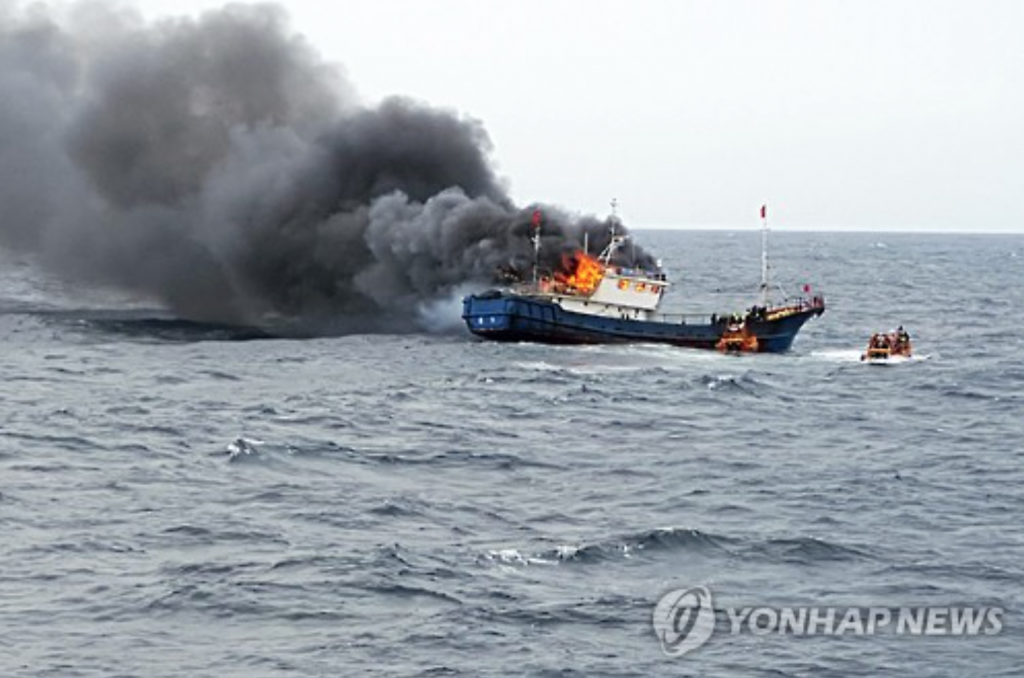 A Chinese fishing boat catches fire on Sept. 29, 2016, in South Korean waters about 70 kilometers southwest of Hong Island near the southwestern city of Mokpo. (image: Yonhap)

MOKPO, South Korea, Oct. 21 (Korea Bizwire) – The captain of a Chinese fishing boat that caught fire during an inspection by the South Korean Coast Guard last month has been indicted over obstruction of justice and professional negligence resulting in injuries, South Korean prosecutors said Friday.

The 102-ton Chinese vessel with a 14-member crew was operating illegally in South Korean waters about 70 kilometers southwest of Hong Island near the southwestern city of Mokpo at 9:45 a.m on Sept. 29. when coast guard officers ordered it to stop.

The Chinese crew installed eight bamboo spears on the ship’s rail in an attempt to fend off the officers’ boarding it. They also locked the steering house and engine room before zigzagging the vessel toward China, leaving the officers who made it aboard hurt.

The prosecution is waiting for the results of a forensic analysis to determine the cause of the fire in relation to the fishermen’s deaths.

Illegal fishing by Chinese fishermen in South Korean waters has been a constant source of trouble between the two countries, sometimes leading to violent clashes.