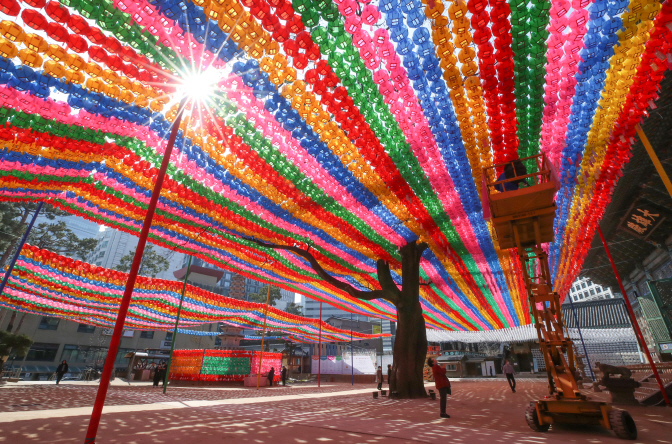 Colorful lanterns are hung at Jogye Temple in Seoul on March 8, 2020. (Yonhap)

SEOUL, March 18 (Korea Bizwire) — The South Korean Buddhist community and an umbrella group of Protestant churches said Wednesday they will postpone upcoming Buddha’s birthday and Easter celebrations to join the nationwide fight against the novel coronavirus.

“The ritual to celebrate Buddha’s birthday, scheduled to be held on April 30, will be put off to May 30,” the Association of Korea Buddhist Orders, whose members include the country’s biggest Jogye Order, said in a press conference in Seoul.

“The Lotus Lantern Festival slated for April 25 will be also moved to May 23,” it added.

Buddha’s birthday is celebrated on April 8 on the lunar calendar. The Korean Buddhist community usually holds a number of festivals and events across the nation one month before the day.

The association said from April 30, instead, Buddhist followers will start to offer up a special prayer for overcoming and recovering from COVID-19 virus infection at about 15,000 temples for one month.

“We’ve made the decision to postpone the scheduled celebrations for Buddha’s birthday this year in a way to share the sufferings of South Korean people and strive to overcome the difficulties,” Ven. Wonhaeng, the head of the Jogye Order, said.

The ceremony to light traditional Korean lanterns will be held in downtown Seoul on April 30, while the famous lantern parade, part of the Lotus Lantern Festival, or Yeon Deung Hoe in Korean, will take place on May 23 in Seoul, according to the association.

As of Wednesday, South Korea had reported a cumulative 8,413 cases of the coronavirus infection, with 84 deaths.

The upward pace of new daily infections has been slowing down in recent days, but cluster transmissions of the coronavirus have been reported at churches and hospitals. 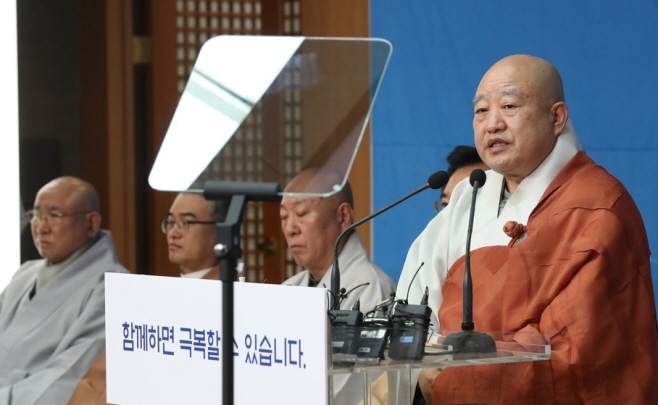 The Buddhist circle has suspended public gatherings and events for weeks as the country has been struggling to combat the highly infectious virus.

Earlier in the day, Culture Minister Park Yang-woo asked the religious groups to cooperate with the government in joining the government-led social distancing campaign.

The Protestant community, which has been criticized for continuing with Sunday gatherings at certain churches, also joined the move, rescheduling its Easter celebrations for next month.

The United Christian Churches of Korea (UCCK), which has major Protestant orders, including the Presbyterian Church of Korea, as its members, said an Easter parade set to take place in downtown Seoul on April 12 will be delayed for two months.

About 300,000 Christian followers and visitors were expected to attend the parade and other festive events.

The UCCK also said its Easter service to be held at a church in Seoul on the same day will be replaced with online chapel.

Also, the Korea National Prayer Breakfast, a group of South Korean Christian leaders, said it has decided to postpone its annual early morning prayer meeting, which was originally set for March 25, for six months.