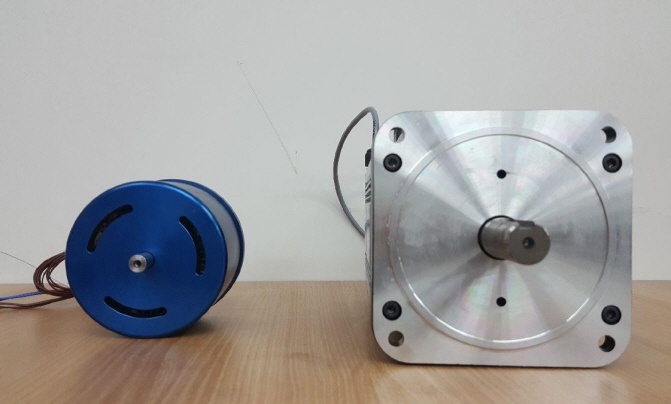 A compact BLDC motor developed by a research team that can replace imports. (image: DGIST)

According to the Daegu Gyeongbuk Institute of Science and Technology (DGIST), its intelligent robot team has completed work on an advanced brushless direct current (BLDC) motor ready for mass production.

Demand for high-tech motors is on the rise everywhere in the world, with South Korean imports alone hitting 6 trillion won (US$5.1 billion) in the past five years.

The country bought premium motors from countries like Japan, Germany and Switzerland, with more affordable models being brought in from China.

Work on the motor began in late 2018, with the first prototype assembled last year.

Tests have shown that the motor produces less noise and dust particles when in operation compared to existing units.

The new motor can be used in robots, electric wheelchairs and many other devices that need small motors, and with slight modification can be used in e-scooters and even cars.