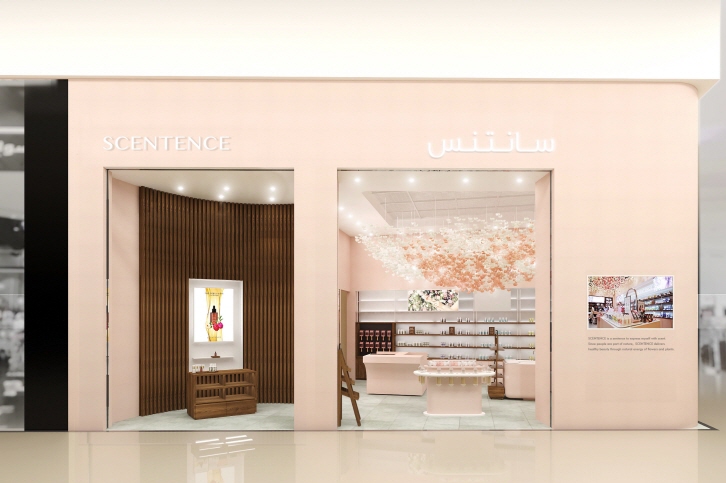 A store for E-Mart’s beauty brand Scentence set to open at a shopping mall in the Saudi capital city of Riyadh on July 22, 2018. (image: E-Mart Inc.)

SEOUL, Jul. 16 (Korea Bizwire) — E-Mart Inc., South Korea’s largest discount chain operator, said Monday its beauty brand is set to open a store in Saudi Arabia next week as the retailer moves to expand its presence in the overseas market.

In November, the Korean firm signed an agreement with the kingdom’s major retail group Fawaz Alhokair to open the beauty store Scentence at the Al Nakheel Mall operated by the Saudi company, which averages 25,000 daily visitors.

The 66-square-meter store will open to public in the Saudi capital city of Riyadh on Sunday.

“Scentence is expected to post stable growth in the new market on the back of the Middle Eastern beauty market’s raid expansion and the popularity of K-beauty,” said Jung Kyung-ah, an E-Mart official in charge of the retailer’s health and beauty business.

Saudi Arabia’s beauty market has been growing at an average of 15 percent every year, according to E-Mart.

One thought on “S. Korean Retailer E-Mart to Launch Beauty Brand in Saudi Arabia Next Week”