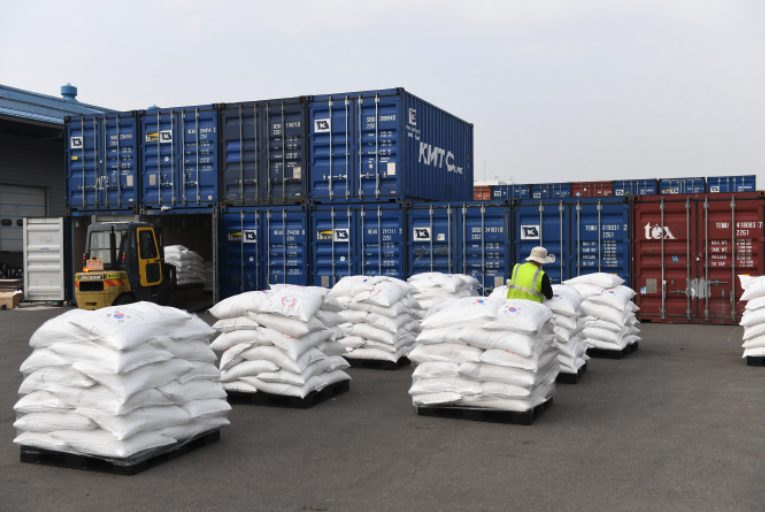 The ministry said it is the first time that the government-run rice stockpiles will be donated to a third country through an international framework. (image: Ministry of Agriculture, Food and Rural Affairs)

SEJONG, May 18 (Korea Bizwire) – Hundreds of tons of South Korean rice will be shipped to Southeast Asian developing countries as part of an international food aid program for the first time in history, the agriculture ministry said Thursday.

A container vessel carrying 250 tons of rice will depart for the Cambodian port of Sihanoukville on Thursday, while 500 tons will go to Myanmar on Friday, according to the Ministry of Agriculture, Food and Rural Affairs.

It is part of the South Korean government’s plan that was approved by the ASEAN+3 Emergency Rice Reserve (APTERR) to offer 750 tons of rice to the regional food aid program.

Launched in 2013 by 10 countries of the ASEAN and the three Northeast Asian countries of South Korea, Japan and China, APTERR is aimed at safeguarding the region’s food security in case of emergencies, such as floods and droughts.

The ministry said it is the first time that the government-run rice stockpiles will be donated to a third country through an international framework.

South Korea is the only country in the world to have become a donor country after being a recipient of U.N. aid in half a century. This transformation has inspired many developing nations to follow in the country’s footsteps to advance their respective economies.

The APTERR participation is also part of the Seoul government’s schemes to deal with a chronic oversupply of rice in the country stemming from a sharp drop in rice consumption.