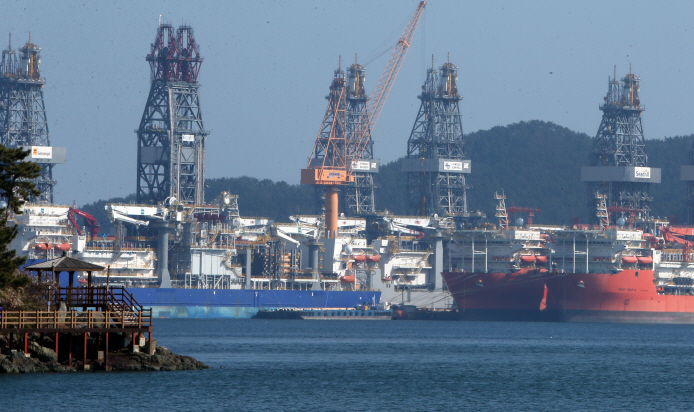 Saudi Arabia shut down about half of its oil production Saturday following a series of drone attacks that damaged two key oil installations.

The Saudis said that the closure will affect 5.7 million barrels of crude production a day, about 5 percent of the world’s daily oil production.

Global oil prices surged following the news. Brent crude futures closed at $69.02 per barrel on Monday, up 14.6 percent from the previous session, its biggest jump since 1988.

The West Texas Intermediate (WTI) for October delivery increased 14.7 percent to settle at $62.90 a barrel on the New York Mercantile Exchange, its largest on-day gain since 2008.

The crude price hike could prod those in the energy industry to turn their eyes to LNG, which is considered an alternative to conventional fuels, according to analysts.

Demand for LNG from the United States could increase because of its price stability and supply flexibility.

“The price of the Middle East-origin LNG follows that of crude, but the price of U.S. LNG exports doesn’t,” Yang Hyung-mo, an analyst at eBest Investment Securities Co., said in his report.

South Korea has been the dominant force in building LNG tankers. From January to August, South Korean shipbuilders won 24 of the 27 orders placed around the globe for LNG carriers, according to data from the Ministry of Trade, Industry and Energy.

“South Korea’s technological competitiveness in LNG shipbuilding is superior to that of China or Japan.”

So far, South Korea secured only one offshore plant order this year, with Samsung Heavy Industries Co. clinching a 1.1-trillion won deal in April to build a floating production and storage offloading (FPSO) for an Indian customer.

“We can expect a recovery in the offshore market,” Han Young-soo, an analyst at Samsung Securities Co., said.

“According to Rystad Energy, global offshore project sanctioning in 2019 is projected to increase 78 percent from a year earlier, which will lead to an increase in offshore facility orders.”