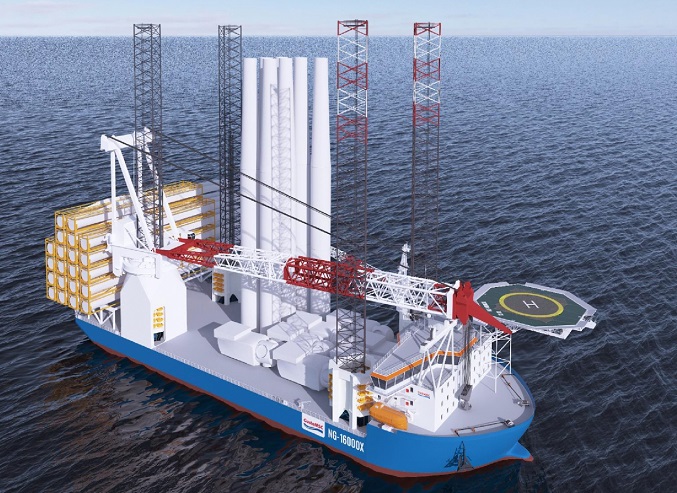 This image provided by Daewoo Shipbuilding & Marine Engineering Co.(DSME) on May 12, 2021, shows a wind turbine installation vessel to be built by DSME.

According to data provided by global market researcher Clarkson Research Service, global new orders for ships came to 37.54 million compensated gross tons (CGTs) in the January-September period, up nearly threefold from 13.22 million CGTs a year ago.

Compared with 10.53 million CGTs in the same period of 2016, when the shipbuilding industry was in a fierce slump, the global new orders rose 3.6 times.

The growth in the new orders stemmed from a surge in new orders for container carriers in the first nine months, which rose more than sixteenfold from the same period a year earlier.

“A surge in new orders for container carriers was attributable to shippers’ preemptive preparation for environment regulations by the IMO,” Yang Jong-seo, a researcher at the Korea Eximbank Overseas Economic Research Institute, told Yonhap News Agency by phone.

Despite the recent strong new orders, the shipbuilders may see lackluster earnings until next year, he said, noting their lower-priced deals clinched between 2016 and 2020 due to heated competition could squeeze their margins.

Korea Shipbuilding & Offshore Engineering Co. (KSOE) has so far grabbed new orders for 204 ships worth US$19.9 billion this year, surpassing its annual order target of $14.9 billion by 33 percent. 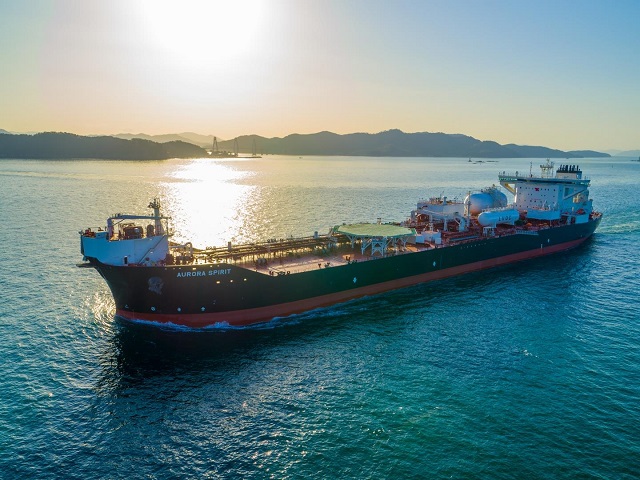 This photo provided by Samsung Heavy Industries Co. on Oct. 18, 2021, shows a shuttle tanker built by the shipbuilder.

The country’s second-largest shipbuilder, Daewoo Shipbuilding & Marine Engineering Co., won $8.58 billion in new orders for 46 ships this year, one wind turbine installation vessel (WTIV), one submarine and two offshore plants, which was up 11 percent from its annual order target of $7.7 billion.

The orders are for 20 containers, 11 VLCCs, nine LPG carriers and six LNG carriers.

Samsung Heavy Industries Co. obtained a combined $10.3 billion in orders this year, which exceeded its annual order target of $9.1 billion by 13 percent.

In particular, South Korean shipbuilders, including the three major shipbuilders, showed their unrivaled competitiveness in the LNG carrier market in the January-September period.

They grabbed orders for 45 out of the 46 LNG carriers that were more than 140,000 cubic meters in size during the period, according to data by Clarkson Research Service.