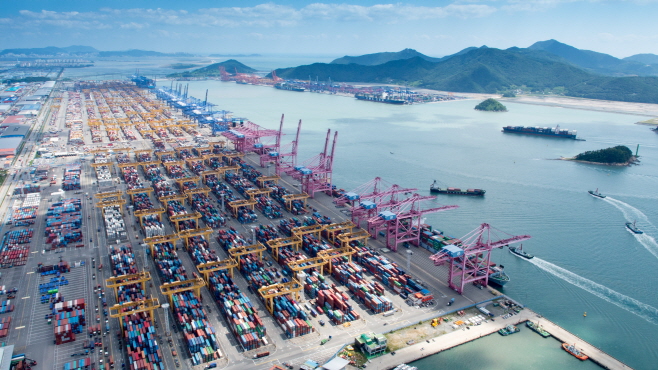 SEOUL, Dec. 23 (Korea Bizwire) — The portion of international cargo handled by South Korean shippers at the Port of Busan decreased to its lowest level as the local shipping industry is still struggling from the fallout from Hanjin Shipping Co.’s bankruptcy, data showed Sunday.

A record 20.6 million twenty-foot-equivalent units (TEUs) of containers were processed at South Korea’s No. 1 sea port as of Dec. 13 this year, according to the data provided by the Busan Port Authority.

Transfer freight accounted for 11.1 million TEUs, up 11.3 percent from a year earlier, on the back of brisk global trade.

Foreign-flagged shippers handled 71.7 percent of the transfer containers at Busan, while South Korean companies took up 28.3 percent. It is the first time that the South Korean shippers managed less than 30 percent of transfer freight in the country’s largest maritime gateway.

The drop was apparently driven by the collapse of Hanjin Shipping last year. The company was previously the world’s seventh-largest shipper, but suffered from severe financial strain because of an oversupply of ships and a protracted slump in the world economy.

It had accounted for some 9 percent of the total cargo processing of the Port of Busan until it went into a court receivership in September, 2016.