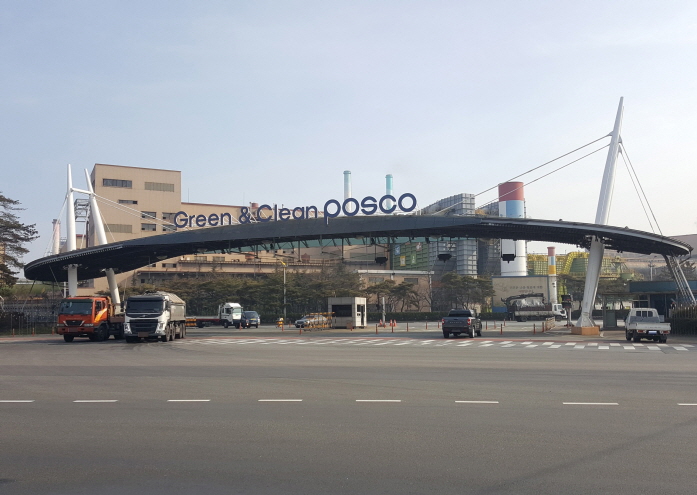 Under the plan, some 700 billion won will be spent to remodel or newly build its 21 power-generating facilities for a sharp reduction of fine dust and other environmentally harmful emissions.

The steelmaker also plans to spend some 300 billion won in building an additional 10 in-house silos that will help cut fine dust.

POSCO expects such measures to cut its fine dust and greenhouse gas emissions by 35 percent by 2022, it said.

South Korea has seen a drastic increase in fine dust over the past few years. In particular, ultra fine dust particles, smaller than 2.5 micrometers in diameter, have been rising sharply recently.

In order to combat the fine dust, Seoul has been implementing various steps, such as reducing the number of diesel vehicles, which are said to be responsible for about 20 percent of fine dust pollution in the capital area.