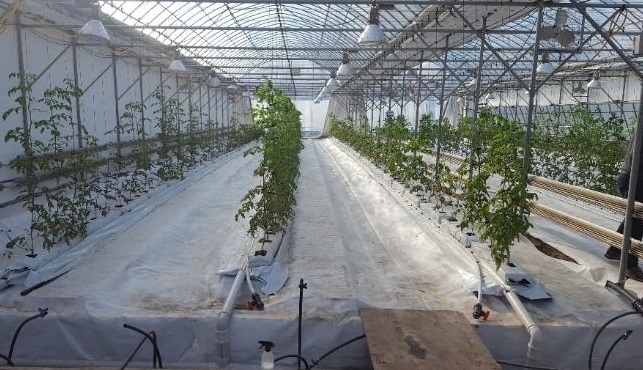 The smart farm equipment included in the package is comprised of a smart switch and its control system created based on research conducted by the Rural Development Administration. (image: The Foundation of Agricultural Technology Commercialization)

SEJONG, Mar. 20 (Korea Bizwire) — The Foundation of Agricultural Technology Commercialization and Transfer announced on Tuesday it is now exporting ‘smart farm packages’ comprised of the equipment, materials, and plants needed for starting a smart farm, to Kazakhstan, Uzbekistan, and other Central Asian countries.

The foundation signed a 4.7 billion won (US$4.2 million) deal with Kazakhstan and Uzbekistan this month. It is also preparing for a 14.7 billion won contract next month.

The foundation agreed to work with the Kazakhstan Scientific Research Institute of Fruit and Viticulture in May last year, carrying out variety of projects to test the smart farm system, greenhouse facilities, and South Korean tomatoes.

“Smart farm packages help export high quality agricultural products developed by both the public and private sector,” said the foundation. “We expect royalties for South Korean-bred plants to expand in the coming future.”

The smart farm equipment included in the package is comprised of a smart switch and its control system created based on research conducted by the Rural Development Administration.

“Central Asia and Russia have originally been dominated by farming systems from the Netherlands,” said the foundation.

“South Korean products are capable of demonstrating similar performance at more affordable prices, which will help South Korea to increase its presence in the local market.”

The foundation plans to expand in Central Asia as well as the far east region of Russia. In July, the foundation will be inviting buyers from the region for a demonstration at the testbed site in Kazakhstan.