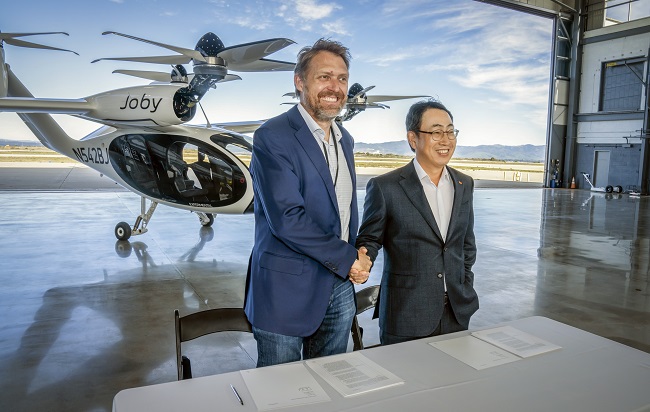 This photo, provided by SK Telecom Co., shows CEO Ryu Young-sang (R) posing with JoeBen Bevirt, head of Joby Aviation, during a visit to the urban air mobility (UAM) company in California. The South Korean mobile carrier said on Feb. 7, 2022, that the two companies have signed a UAM business accord.

SEOUL, Aug. 18 (Korea Bizwire) — South Korea’s major wireless operators are eagerly setting their sights on entering the urban air mobility (UAM) industry, which the government is aiming to open up commercially in 2025.

UAM is widely considered the next big thing in urban mobility amid concerns of worsening of traffic congestion and air pollution. Most UAM vehicles in development are being designed to run on electricity and travel at low altitudes in urban areas.

The transportation ministry is expected to announce selected consortiums to participate in the first stage of the K-UAM project in November. 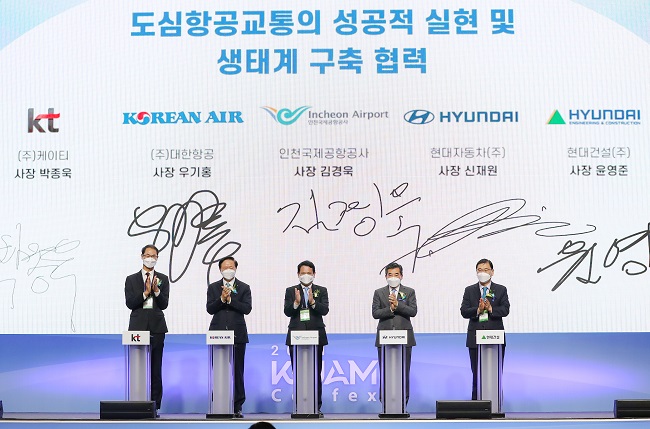 SK Telecom has formed a consortium with Korea Airports Corp., Hanwha Systems Co., the Korea Meteorological Institute and LX, a state-run land information provider, to engage in research and development in the field.

It also plans to establish a trial aerial 5G communication network for its UAM project in Goheung, South Jeolla Province, where the K-UAM project will take place, and open it up for all participants. 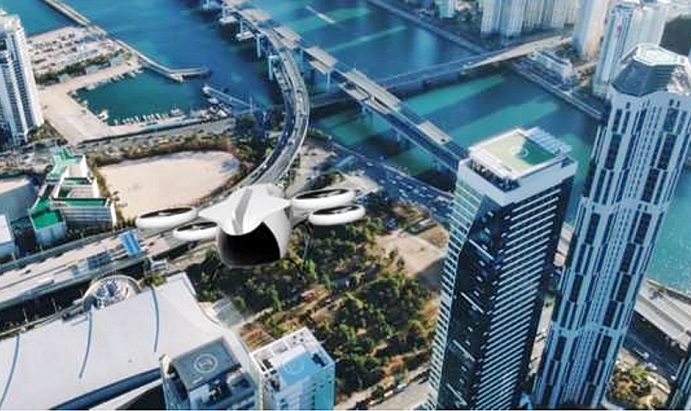 The consortium has signed an agreement with the Busan Metropolitan City to commercialize UAM services in Busan and foster a related ecosystem in and around the southeastern port city.

The three telcos are keen on entering the burgeoning UAM market, as their expertise in real-time data processing using their wireless networks is essential in ensuring the safety of flights.

The UAM market is projected to significantly expand in the coming years. Morgan Stanley has predicted the global UAM market to expand up to US$1.47 trillion by 2040, compared to $7 billion won in 2020.

SK Telecom CEO Ryu Young-sang said last month that South Korea is best suited to lead the growth of the UAM industry, and added he believes the market will “serve in the interest of the country’s economy by generating new demand and jobs.”