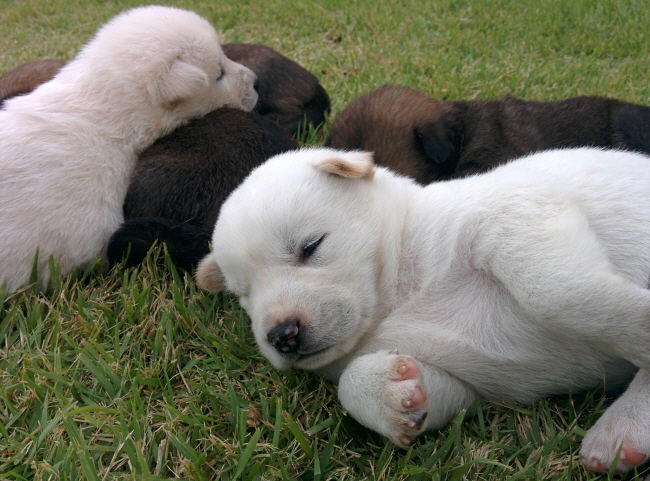 Rising costs that came with an increasing number of pets being abandoned each year have brought the government to set up a policy requiring all pet owners to bear a certain portion of the costs. (Yonhap)

SEOUL, Jan. 17 (Korea Bizwire) — South Koreans are debating over a comprehensive animal protection plan recently announced by the government after it was decided that households with pets will be subject to additional taxation.

The Ministry of Agriculture, Food, and Rural Affairs announced the plan on Tuesday, confirming that it will look into plans on imposing tax or other fees for pet-owning households starting in 2022.

The government plans to use the revenue generated by the new levy to operate regional animal protection centers and other institutions.

It is the first time the government officially mentioned the idea.

Rising costs that came with an increasing number of pets being abandoned each year have brought the government to set up a policy requiring all pet owners to bear a certain portion of the costs.

The idea, however, is being met by both support and opposition on the Blue House website as well as other online forums.

Supporters argue that the current policy that all citizens, including non-pet owners, have to pay for restoring damages to public property resulting from pets is unfair, with many saying that pet owners have to pay more to be responsible.

They have also pointed out that as the costs of protecting abandoned pets are currently being borne by local governments and taxpayers, even those who do not own a pet are paying for their care.

They claim that the clear purpose of such a levy, on top of its use for public wellbeing, further justifies its imposition.

Those in opposition, on the other hand, are concerned that more people will abandon their pets in order to evade the tax.

Some argue that the tax should be imposed on activities that generate income, and that it goes against the basic approach of taxation policy if done otherwise.

They also expressed concern whether the new tax will be used in a clear, transparent manner.