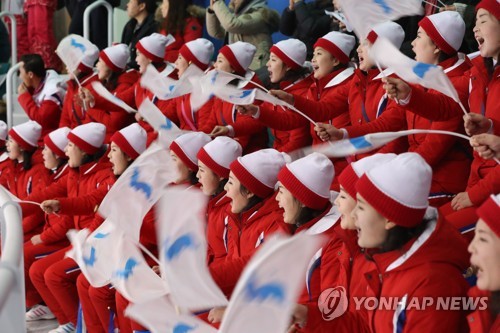 SEOUL, May 23 (Korea Bizwire) -- South Koreans who perceive North Korea as a partner for cooperation and favor the reunification of the two countries have increased significantly this year, according to a survey released on Wednesday.

The poll of 1,002 adults nationwide conducted by the state-run Korea Institute for National Unification (KINU) from April 5-25 showed that 61.8 percent approved of economic exchange and cooperation with North Korea despite political and military confrontations.

This year’s survey, carried out before the April 27 inter-Korean summit, has a margin of error of 3.1 percentage points and a 95 percent confidence level.

The KINU said the ratio of respondents who perceive North Korea as a cooperation partner rose from 36.3 percent last year to 52.6 percent this year. Likewise, 58.2 percent this year regarded the North as a “force to guard against,” compared with 75.5 percent in last year’s poll.

Asked if dialogue and compromise are possible with the regime of North Korean leader Kim Jong-un, 26.5 percent said yes, up from last year’s 8.8 percent. Negative answers to the same question also decreased from 76.3 percent to 48 percent over the past year, the KINU noted.

“North Korea is still viewed negatively by South Koreans as a party for conversation and compromise. But the level of their confidence in the North seems to be rising,” said a KINU official.

Perception changes are also visible on some pending inter-Korean issues.

The ratio of respondents agreeing with the closure of the Kaesong Industrial Complex dropped to 36.2 percent this year, compared with 58.2 percent in 2016 and 51.8 percent in 2017.

In addition, 58.3 percent said they were in favor of the resumption of South Korean tours to the North’s Mount Kumgang, up from 41.8 percent last year.