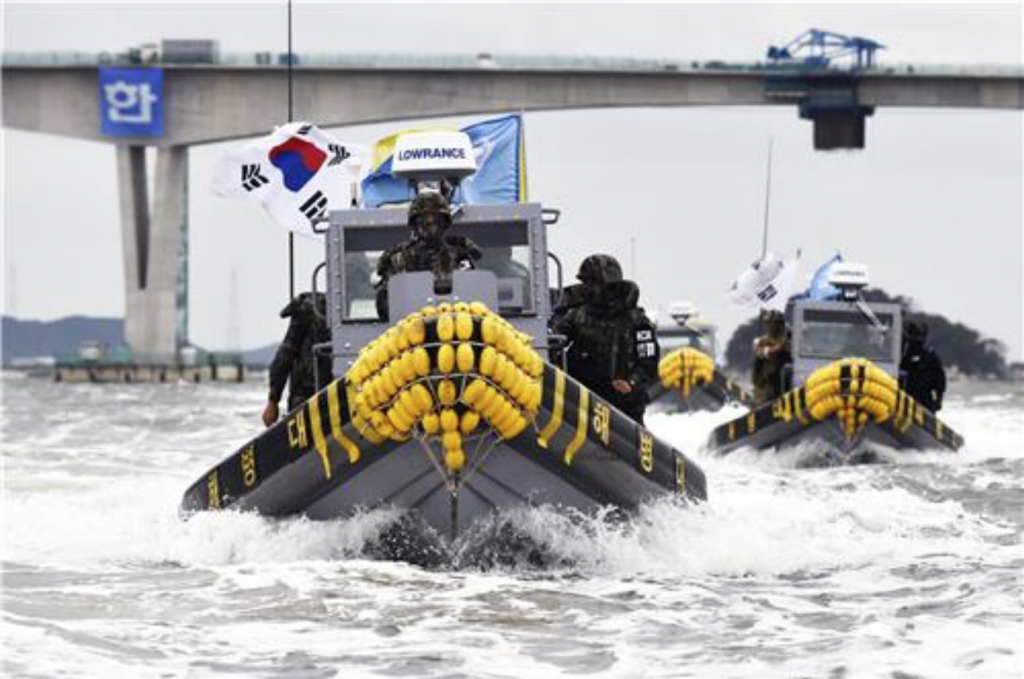 Back in June, 54 Chinese fishing boats were kicked out, two were seized and 65 fishing nets and buoys were claimed. (image: Yonhap)

In June, the joint military police unit composed of the Marine Corps personnel and police forces under the approval of the UNC Military armistice commission (UNCMAC) successfully completed its first round of operations near the Han River to expel Chinese fishermen, the JCS said in a statement.

“The military police ejected most illegal Chinese fishermen out of South Korean waters near the mouth of the river in eight days of operations,” a military official said.

Back then, 54 Chinese fishing boats were kicked out, two were seized and 65 fishing nets and buoys were claimed, it said.

The military police will also firmly react to any possible provocations by North Korea in the neutral waters as its crackdown operations are in accordance with the inter-Korean armistice agreement, the official stressed.