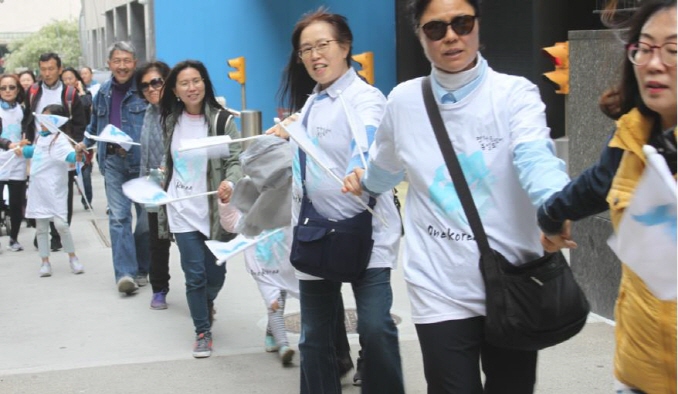 Located about 500 meters away, a rare scene took place in front of the U.N. headquarters, in which the representatives of U.N. from the two Koreas, joined together through a human chain.

The event was held by the New York Committee of the April 27 People’s Peace Chain to mark the first anniversary of the Panmunjom Declaration of the inter-Korean summit.

About 200 participants, including Korean residents of New York, left the office of the South Korean mission to the U.N. on Manhattan’s First and Second Avenue by 45th Street to reach the North Korean mission on 44th Street, a block away. 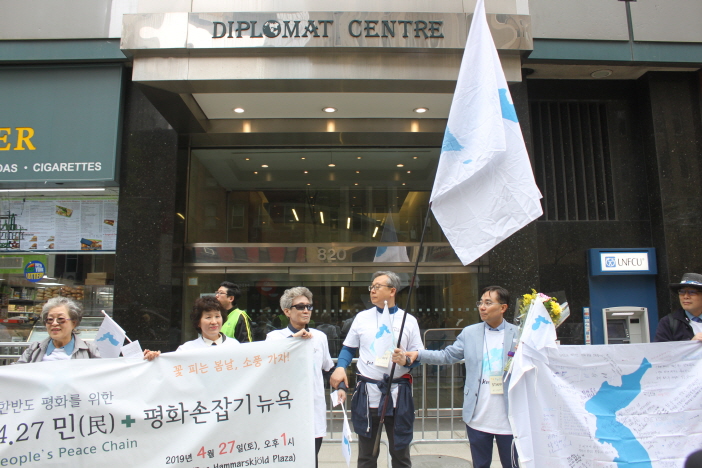 After connecting the human chain, the organizers delivered the Korean Unification Flag and bouquet of flowers to the South Korean delegation, which contained the desire for peace and unification on the Korean Peninsula, however the delivery to the North was canceled as officials at the North’s mission did not show up. 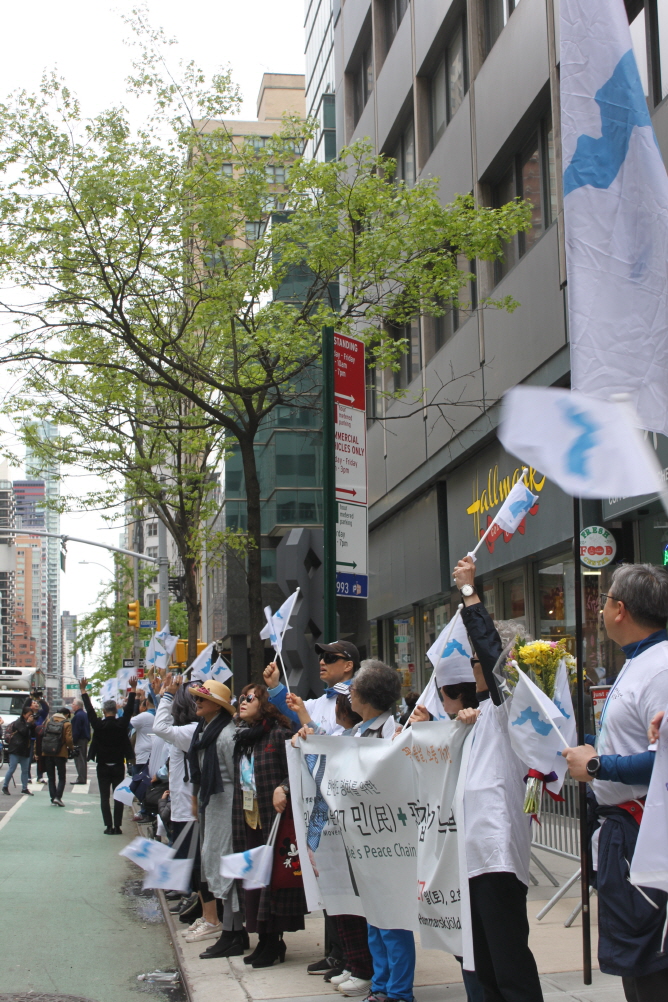