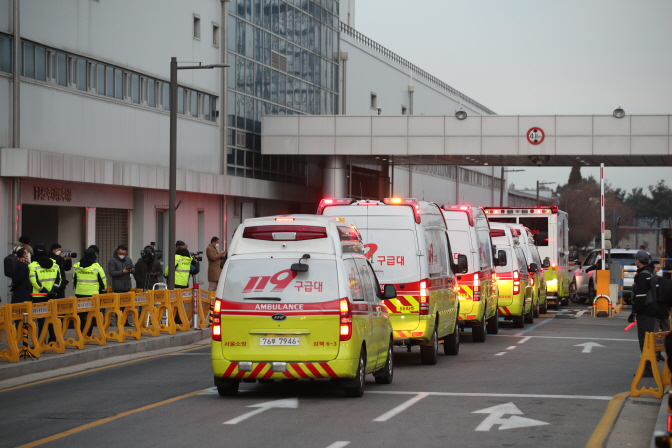 SEOUL, Feb. 13 (Korea Bizwire) — A nationwide outpouring of support and encouragement is helping South Korean expatriates and Chinese families from Wuhan, China who came to South Korea to escape the coronavirus outbreak.

A total of 170 South Koreans and their Chinese family members who returned to their home country via a chartered plane on Wednesday will be staying at the Joint Forces Military University located in Icheon, Gyeonggi Province for 14 days.

Icheon residents, despite the surprising decision by the government, accepted the evacuees with welcoming spirits.

Residents of Asan and Jincheon initially opposed the government’s decision to accommodate the evacuees, but soon decided to welcome them.

Numerous comments of support were posted on various news articles commending the response from local residents.

“I feel terrible that I protested against a waste disposal facility coming to our neighborhood 10 years ago,” said one of the comments.

Citizens throughout the country are sending donations to support the evacuees as well as local residents. 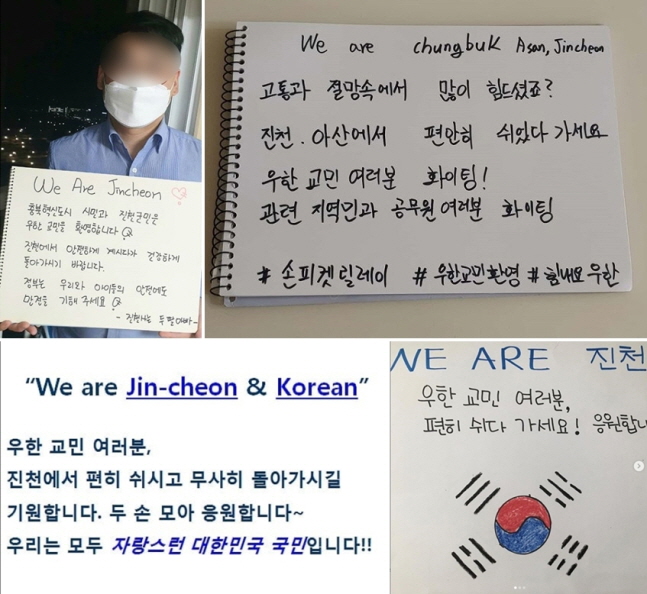 This combined photo captured from social network accounts of residents of Jincheon, 90 km south of Seoul, shows their support for South Korean evacuees under a quarantine program in the county. (PHOTO NOT FOR SALE) (Yonhap)

“There was a study published by Harvard Medical School that drinking green tea regularly for three months can lower the risk of respiratory disease by 30 percent,” said a Boseong County official.

“We hope that our green tea can help the evacuees during their temporary stay.”